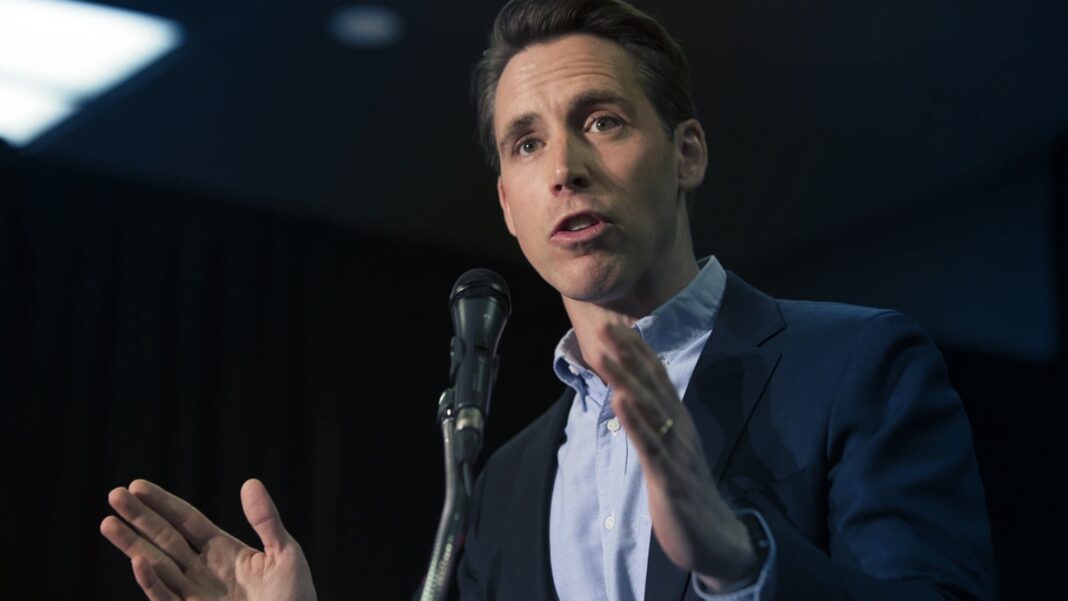 Everyone knows what a credit score is. But social credit scores are new. They’re the latest corporate import from Communist China, where government and big business monitor every citizen’s social views and statements.

And they’re the latest form of cancel culture in this country, as corporate monopolies and the left team up to shut down speech they don’t like and force their political agenda on America. For those who still believe in free speech and the First Amendment, this is the time to take a stand.

Like the old-fashioned kind of credit score, your social credit requires a lot of maintenance. You’ll need to get good grades in school and stay out of trouble with the law. But that’s just the start — you have to earn your right to live in polite society these days. So if you want to get a good job, stay at hotels and be served at restaurants, you will need to do a few other things. You will need to voice the right opinions. You will need to endorse the right ideas. You will need to conform. That’s what the corporate chieftains tell us, anyway.

They tried to reprimand me this month because I didn’t. On behalf of the voters of my state, I raised a challenge to the presidential electors from Pennsylvania after that state conducted the election in violation of the state constitution. Maybe you agree with me. Maybe you don’t. But whatever your view, corporate America’s rush to cancel those it dislikes should trouble you.

In my case, it started with leftist politicians demanding I resign from office for representing the views of my constituents and leading a democratic debate on the floor of the Senate.

Taking that cue, a corporate publishing house then canceled a book it had asked me to write. Ironically enough, the book is about political censorship by the most powerful corporations in America. (And will be published by an independent publishing house.) Now corporate America is canceling my political events, because two parties are apparently one too many for their taste.

It will get worse. The tech titans have already booted dozens of conservatives off social media, and if they have their way, half the House Republican conference will be expelled from Congress. The corporate titans seem to believe that the only way to get a democracy to their liking is to eliminate all threats to the Democratic Party’s unified control of government.

The alliance of leftists and woke capitalists hopes to regulate the innermost thoughts of every American, from school age to retirement. And they’ve trained enforcers of the woke orthodoxy to monitor dissent or misbehavior. A “Karen” who cuts the wrong person off in traffic gets followed home on a livestream and shamed into crying for mercy as her license plate is broadcast to an online horde eager to hound her out of a job.

Everyone knows it can happen to them, so everyone shuts down. The circle of trust narrows. Conversations — too easily recorded — shift to encrypted messaging apps. For now. Until those get banned too for interfering in efficient social credit markets.

For some time, conservatives, recognizing that we’re now the counterculture, indulged in the delusion that we could opt out of all this. We’d send our kids to schools that don’t teach all the woke stuff. We’d make our friends at church, not at work, and take comfort that trust and openness were still possible in communities of shared purpose. We’d vote our conscience, because the ballot box was something no election could take from us.

And if ever our political organizing were impeded by censorship — say, by the big tech giants — we could build our own platforms.

But the left and the corporations are challenging all of this now. Your “conservative” social platform isn’t worth much when Amazon can shut it down. Your vote may still be yours, but if your party is denied the means to effectively organize by corporate monopolies, it’s not going to win. Your church, well, you can still attend for now, but go to the wrong church and you may not have a job in a few years.

Here’s the good news. The cancel culture agenda will only succeed if we let it. We need live in fear only if we choose to say nothing. In this time of testing, conservatives must not shrink back. We need to stand up for the right of every American to be heard.

We need to stand up for the basic principles that join all Americans together — the right to speak freely, to debate openly, and to address our differences graciously without fear of being silenced or punished for dissenting views.

I for one am not going to back down. My book will be published, and I will continue to represent the people of my state without fear or favor, whatever the left or the corporations say.

The powerful see in the present moment an opportunity to consolidate their control over society and to squelch dissent. That means those who believe in the First Amendment and the fundamental principles of American liberty must now take a stand, while we still can.