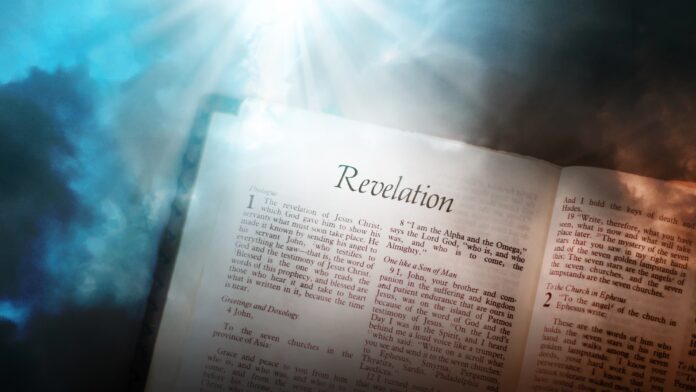 These are all biblical signs of the soon return of Jesus, and they’re heating up as never before. The technology the Antichrist will use to rule the world economy has been invented and is being implemented right now. An atmosphere of desperation has made the world ripe for the Antichrist’s plucking.

The signs go on and on and on. The accuracy of Bible prophets in talking about our time is nothing less than miraculous. And yet, most evangelical churches refuse to point it out. It’s too controversial. Christians don’t want to hear about it because they have placed their hopes and dreams in this world. They don’t spend their time thinking about the things of God. They prefer to think about what they’re going to do when their lottery ticket hits — the homes they will own and the cars they will drive. Sometimes they selflessly dream about what they will do for others. But the center of those dreams is not Christ and His eternal kingdom, but the earth and its pleasures.

Most Christians today don’t want to think about the Rapture because they like it here. They can’t yet say with the Psalmist, “Thy lovingkindness is better than life.” They can’t yet say with the Apostle Paul, “Chains and tribulations await me. But none of these things move me; neither do I count my life dear to myself, so that I may finish my course with joy.” (Acts 20:23-24)

The Bible repeatedly says to watch for the Lord’s coming, but it’s hard to watch when you’re intentionally looking the other way. When Peter said, “Scoffers will come in the last days,” who would have thought he was talking about Evangelicals? But he was.

2 Peter 3:3-4 says, “Scoffers will come in the last days, walking according to their own lusts, and saying, ‘Where is the promise of His coming? For since the fathers fell asleep, all things continue as they were from the beginning of creation.’” He told us what the scoffers’ last days argument would be. Today we hear almost these exact words from cold pulpits every week and cold Christians every day.

They were speaking prophetically about us — about this generation and our time. But for those who know Christ, the teaching does not stop there. Verses 4-6 say, “But you, brethren, are not in darkness, that the day should overtake you like a thief; for you are all sons of light and sons of day. We are not of night nor of darkness; so then let us not sleep as others do, but let us be alert and sober.”

That’s why Jesus laid out signs by which to know His return is near — so we won’t be in the dark, and so that the day will not overtake us like a thief. We will not know the precise time of the rapture until we hear the trumpet from on high, but we can know when we have entered the general time frame. And, friends, we’re there!

In recent years, large numbers of Christians allowed themselves to be lulled into complacency. But the events of this year have changed the calculus. It’s easy to see that you can no longer trust the world and its systems. The fragility of our cities, constitutions, courts, militaries, financial systems, etc. grows more obvious by the day. If you’ve never trusted Jesus as your Savior. Don’t waste time. Do it now.

And if you have trusted Him, realize that you will never be at peace if your hope is in this world and its institutions. Now is the time to “crack the faith barrier.” Put your complete hope and trust in Christ. Hebrews 13:5 tells us why. “For He Himself has said, ‘I will never leave you nor forsake you.’”

You can put your full weight on Him!

Robbie Robertson: Waiting for a Thief in the Night

Hal Lindsey - September 22, 2020
The world is rapidly realigning itself into the place described by the Bible in the last days. It is an awe-inspiring thing to see.