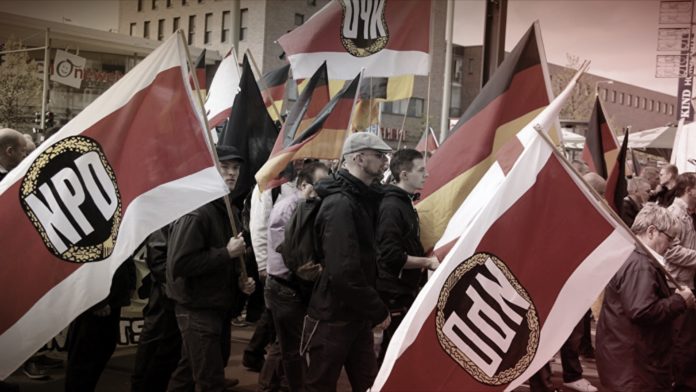 Administrators in a German village have unanimously elected a member of a neo-Nazi party as council head as he was the only person interested in the job, prompting an outcry from politicians who demanded the vote be annulled.

The council of Waldsiedlung, a small community near Frankfurt in the western state of Hesse, voted for Stefan Jagsch of the National Democratic Party (NDP) to become council head. The post had remained vacant for weeks.

The administrators who voted for Jagsch at a meeting last week included members of Chancellor Angela Merkel’s Christian Democrats (CDU), a Turkish-German representative of the center-left Social Democrats (SPD) and members of the liberal Free Democrats (FDP).

Local CDU member Norbert Szielasko, who voted for Jagsch, said the council elected him because “we don’t have anybody else, especially nobody young who knows how to use computers and send emails.”

Jagsch’s election has been condemned by the SPD, CDU, and FDP, which refuse to work with the NPD, a small party that the Constitutional Court two years ago said resembled Adolf Hitler’s Nazi party but stopped short of banning it because it was too weak to endanger democracy.”The SPD has a very clear position: We do not cooperate with Nazis! Never! This applies at the federal, state and communal levels,” SPD secretary general Lars Klingbeil wrote on Twitter. “The decision in Altenstadt is incredible and cannot be justified. It must be reversed.”

Following a public outcry and much hand-wringing by top officials in Berlin, CDU, SPD and FDP said they would seek to reverse last week’s election result.

German news agency dpa reported that the three parties have eight of the nine local council seats — enough to oust Jagsch with the required two-thirds majority.On the streets of Waldsiedlung, residents seemed divided over the vote. “The problem is Jagsch is a very nice person who belongs to the wrong party and I am against promoting NPD members,” said resident Ingo Waldschmidt. But Karl-Heinz Boller said the vote was wrong. “I am outraged and it’s beyond me how they could have voted for this man,” he said. “This needs to be corrected.”

Ali Riza Agdas, who represents the SPD in the council, told the Sueddeutsche Zeitung daily: “I have known him for years and have never had a problem with him.”