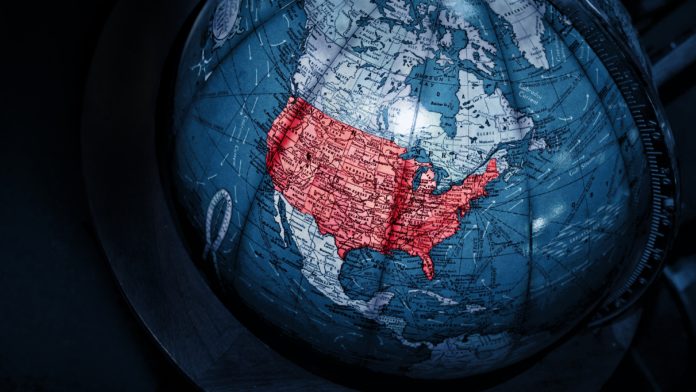 Executives with the George W. Bush Presidential Center say more globalization of the American economy is the answer to the Chinese coronavirus crisis, not the problem.

In an op-ed published in Real Clear World, Managing Director of the George W. Bush Institute-SMU Economic Growth Initiative Matthew Rooney writes that the policies of free trade, mass immigration, and globalization must be embraced further by the U.S. after the crisis is over.

As COVID-19 spreads and stresses healthcare infrastructure around the world, governments and civil society are racing to slow the pandemic by distancing people from one another. Meanwhile, in the United States and in other developed countries, there is a rising chorus of voices who argue that we must deglobalize, dismantle international supply chains, reduce international trade and travel, and close our borders to the world. [Emphasis added]

The danger of a pandemic did not arise because of globalization. Pandemics have appeared periodically throughout history. Deglobalizing will not protect us from pandemics in the future. On the contrary, we will ultimately come to see that global cooperation is key to responding successfully to pandemics. [Emphasis added]

Obviously, in the ongoing crisis, our top priority must be the health and safety of our families, our neighbors, and our national community. We must be prepared to do what it takes to “flatten the curve” of infection, and to spend what it takes to prevent economic collapse. But when the crisis is over, and we have defeated the virus and people are back at work and we are all able to go out for dinner again, we must be ready to come together around a new strategy for globalization that secures its benefits and cures its ills. It will take American leadership and political will, but we know what needs to be done and have successfully met greater challenges in the past. [Emphasis added]

Globalization of the American economy — forged by the Bush presidencies, Bill Clinton, and Barack Obama — has had a crippling impact on working- and middle-class Americans for decades and has been exacerbated during the coronavirus crisis.

Since 2001, free trade with China has cost millions of Americans their jobs. For example, the Economic Policy Institute has found that from 2001 to 2015, about 3.4 million U.S. jobs were lost due to the nation’s trade deficit with China.

Of the 3.4 million U.S. jobs lost in that time period, about 2.6 million were lost in the manufacturing industry, making up about three-fourths of the loss of jobs from the U.S.-Chinese trade deficit. Research has revealed that American towns that had their manufacturing bases gutted have been hit hardest with rampant drug addition during the opioid crisis.

The coronavirus crisis has greatly exposed the nation’s deep reliance on China, Malaysia, Thailand, Canada, India, and Mexico for basic necessities, pharmaceuticals, and medical supplies. As Breitbart News has chronicled, the U.S. is suffering from a shortage of vital drugs, rubber gloves, and plastic bottles due to decades-long free trade policies.

Likewise, close to 90 percent of the pharmaceutical ingredients for generic drugs imported to the U.S. arrive from factories based overseas. Nearly 50 percent of these factories are in China and India.