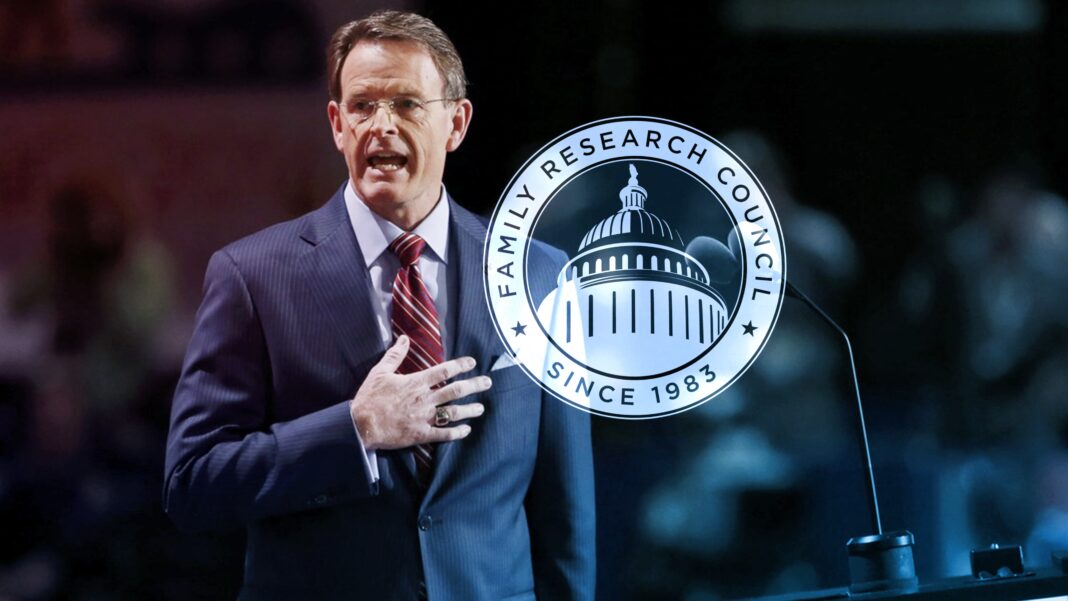 The Family Research Council (FRC) has responded to MobileCause, the major tech company that abruptly terminated a contract with the Christian organization right before the broadcast of the FRC’s Pray, Vote, Stand program early last month.

Without warning, the conservative organization was advised that it wouldn’t be allowed to share access to the broadcast via text messaging.

Now the Pacific Justice Institute, (PJI) a non-profit legal defense organization, has sent a letter to Victor Limongelli, MobileCause’s CEO, explaining that his company’s termination of the FRC’s contract is discrimination on the basis of religious beliefs and is in violation of California’s Unruh Civil Rights Act.

In making its decision to refuse service to the FRC, MobileCause had cited a report from the Southern Poverty Law Center that falsely labeled FRC as a hate group, simply because it stands for biblical beliefs about sexuality and other issues.

The FRC is prepared to file a lawsuit unless the company agrees in writing to “henceforth cease reliance on the Southern Poverty Law Center’s (SPLC) hate classification labeling in any way for any purpose.”

As CBN News reported, MobileCause said in a letter that it was warned on Aug. 27 that it had received nearly 100 complaints of spam. FRC says it wasn’t notified about any concerns until MobileCause suddenly canceled FRC’s services a week later.

FRC categorically denied spamming anyone, saying all recipients had opted in. But MobileCause said it began investigating FRC after the spam complaint and learned that the SPLC had labeled FRC a hate group, which led them to terminate FRC’s contract.

The far-left group SPLC has itself been labeled a “hate group” for targeting conservative, Bible-believing, non-profit ministries and organizations.

Last month, CBN News reached out to MobileCause to hear its side of the story. The company replied, “MobileCause recently terminated its agreement with Family Research Council (FRC) when it became aware that FRC is designated as a ‘hate group’ by the Southern Poverty Law Center (SPLC). MobileCause was previously unaware of this fact. MobileCause works with thousands of organizations across the ideological spectrum, but has a long-standing corporate practice of not working with organizations on the designated SPLC list.”

In the letter to Limongelli, PJI Attorney Ronald J. Hackenberg pointed out by making California the venue of the contract, it falls under the authority of the state’s Unruh Civil Rights Act, California Civil Code 51 and 52 which states:

“All persons within the jurisdiction of this state are free and equal, and no matter what their…religion…are entitled to the full and equal accommodations, advantages, facilities, privileges, or services in all business establishments of every kind whatsoever.

Whoever denies, aids or incites a denial, or makes any discrimination or distinction contrary to Section 51, 51.5, or 51.6, is liable for each and every offense for the actual damages, and any amount that may be determined by a jury, or a court sitting without a jury…”

Hackenberg also responded to MobileCause’s claims about the organizations on the SPLC’s list.

“Merely espousing an opinion that conflicts with another group does not make an entity a ‘hate group.’ The United States Constitution specifically protects the religious rights and liberties of all persons,” he wrote. “Recent court decisions have expanded the rights of the LGBT community as well, and Christian groups such as the FRC respect the law and those rights, while continuing to advocate for Bible-based issues and causes.”

“Terminating the contract under the guise of a discredited organization’s list of hate groups,” — a list that includes many Christian organizations — is just an excuse to discriminate on the basis of religion,” Hackenberg noted.

Hackenberg also indicated it was doubtful that the abrupt termination of the text messaging was a coincidence since it was right before the beginning of a program to educate evangelical voters about the upcoming election.

“The contract was terminated one hour before the initial broadcast of voter information,” he explained. “The circumstances in this case reveal another incidence of technology companies attempting to silence conservative voices while promoting their own social views (or the views of the SPLC on what constitutes a “hate group”) topics that have been raised at recent congressional hearings.

The PJI attorney also informed the company if the issue cannot be resolved, a lawsuit seeking three times the actual damages and attorney’s fees as specified in the act will be filed.