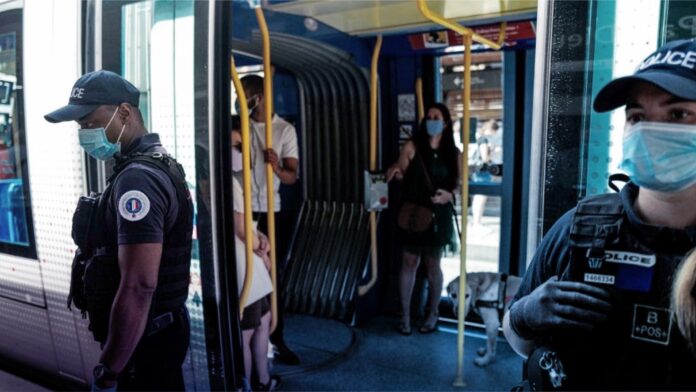 The French government is sending riot police to the Marseille region to help enforce mask requirements, as more and more towns and neighborhoods are imposing mask rules starting Monday to slow rising infections.

Government spokesman Gabriel Attal announced Monday that 130 police officers are being sent to the Marseille region, which expanded its outdoor mask requirements to all farmers’ markets and more neighborhoods Friday.

France has seen scattered incidents of violence by people refusing to wear masks. Paris expanded its mask requirements Saturday and other towns around France started requiring masks outdoors on Monday.

Infections have been speeding up around France in recent days, with 3,015 new cases Sunday, one of the highest daily spikes since the country lifted a strict two-month lockdown in May.

More than 30,400 people have died with the virus in France, one of the highest death tolls in the world.