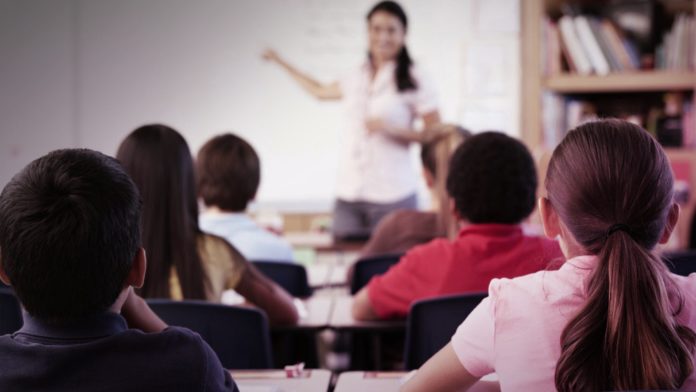 Cline, who left Planned Parenthood after she learned the organization’s main goal was to develop a continued stream of abortions, said the book gives the appearance of being “age appropriate” while it doles out “a whole lot of hypersexualized answers to groom children for early onset of sex”:

“They justify their actions by stating that they are simply answering the questions of curious youth,” explained Cline, who left Planned Parenthood and ultimately founded her own website and organization called It Takes a Family. Now, she urges parents to “reclaim parenthood” and provides them with resources needed to build up trust in family bonds.

Children’s curiosity is a positive indicator of proper development, but what they learn on that journey needs to be carefully monitored and taught by parents, not Planned Parenthood. I can already hear some of you shouting, “not all parents speak to their kids about this,” or “some kids have awful parents.” We agree on that point. But withholding the safest and most beneficial lessons for only those with good parents is advantage discrimination. You can’t tell me that some kids deserve healthy and protective information while others have to settle for sex at a young age and compromise health. All children, from all walks of life, deserve the safest and most beneficial education that protects them physically and emotionally:

Planned Parenthood continues to put its seal of approval on young people having sex.

“Hooking up?” asked Planned Parenthood in a recent tweet. “Here are 12 ways to do it right.” The tweet contains a link to a Teen Vogue article, titled “How to Be an Ethical Hook-Up Partner,” which targets adolescents. The article states:

Despite the often-negative press, hookups, or, short term sexual/intimate encounters, like one-night stands, summer flings, and semester-long friends-with-benefits relationships, can come with a lot of descriptors: “casual,” “fun,” “random,” and “spontaneous” can be some, but can they also be ethical, considerate, and satisfying? We think yes!

Teen Vogue’s idea of “ethics” is reminding young people who are “hooking up” to be open about which sexually transmitted infections (STIs) they already have.

After her experience working with Planned Parenthood, Cline said she believes the organization uses “a child’s natural curiosity to manipulate and enthrall them into a world of dehumanization, objectification and risky behavior that leads to negative health outcomes.”

She pointed to a Centers for Disease Control and Prevention (CDC) report that revealed the number of cases of sexually transmitted diseases (STDs) in the United States has skyrocketed for the fifth year in a row.

“The CDC has reported more staggering numbers of the STD epidemic among youth and Planned Parenthood’s response is to further sexualize children in the name of sexual rights,” Cline said, adding:

Their clever marketing and rhetoric deceives children, and many adults, into believing that sexuality is a game to be played without consequence. They have taken something that is positive and life changing, and reduced it to sexual experimentation using condoms, lubrication, getting tested for disease, getting treatment, aborting unplanned pregnancies and then start all over again.  We can do better than that.

Cline said when asked if there is anything that frightens Planned Parenthood, she responds, “Parents!”

“Planned Parenthood is afraid of educated, engaged, protective and confident parents,” she asserted:

Remember, they think that parents are a barrier to service. They depend on the public submitting to them as the “sex experts” but they have little to offer with their low standards and bullying tactics against parents who want to protect their children from disease, unplanned pregnancies and compromised emotional health.

Cline said the job of teaching children about sex belongs to parents, not Planned Parenthood.

“We can stop Planned Parenthood from sexualizing our children by having parents lead the conversation at home, in the community and through legislation,” she said. “It’s time we reject Planned Parenthood’s practice of eliminating the parent from their children’s health care and education.”