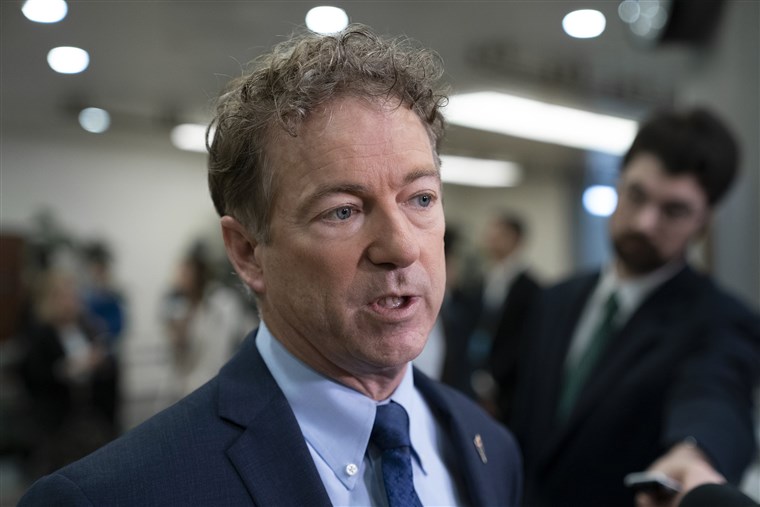 The District of Columbia U.S. Attorney’s Office announced late Wednesday that 27-year-old Brennen Sermon was arrested and charged in connection with an attack on Sen. Rand Paul (R-KY) outside the Republican National Convention last week that left one of Paul’s police guards with severe injuries to his face.

Sermon is from Orlando, Florida — quite a distance from Washington, D.C. — but the report did not specify whether Sermon was in town specifically to protest at the RNC, or whether Sermon has any deeper connection to a national organization, only that Sermon was captured in the vicinity of the attack last Thursday night after throwing a punch at a police officer who was protecting Paul and other RNC guests.

The attack was captured on the officer’s body camera.

The report states that “at about 12:30 am on August 28, 2020, a Metropolitan Police Department officer was holding a police line at 14th and F Street NW when the defendant kicked his bicycle and fled. The officer pursued, and the defendant punched the officer in the left side of his face.”

The officer’s affidavit, filed after the attack, “further reports that the officer sustained a laceration and severe swelling above his left eye, was transported to the hospital, and received stitches. A supplemental Gerstein affidavit filed after the initial report was prepared which clarified that a preliminary review of body-worn camera showed that the individual kicking the bicycle and the individual throwing the punch appear to be wearing different color shirts. Therefore, the defendant is presently charged only with respect to the punching allegation.”

Brendan Gutenschwager, a journalist known on social media as @BGOnTheScene, captured footage of protesters confronting Paul as he left President Donald Trump’s RNC acceptance speech Thursday night. The protesters crushed in on Paul and his wife, bypassing and, in some cases, muscling out Paul’s security team.

As they tried to reach Paul, the protesters shouted for the Senator to acknowledge the death of Breonna Taylor, an emergency room technician who was killed by Louisville Police Officers executing a warrant, and shouted that “white silence is violence.”

Paul later told Fox News that he feared for his life in the confrontation and believes that, if the Metropolitan Police Department had not been present, he could have been killed. He also speculated that the protesters who confronted RNC attendees were paid and could have been from out of state.

“They were yelling threats. They were trying to push the police over to get to me,” Paul told the network. “They were grabbing at us, and it got worse and worse and worse, and then finally, we decided to make a move. I said we’ve got to move. If there’s not gonna be reinforcements, we have to try to get to the hotel, which was another block, and they were shouting threats to us, to kill us, to hurt us, but they were also saying, shouting, ‘Say her name, Breonna Taylor,’ and it’s like, you couldn’t reason with this mob, but I’m actually the author of the Breonna Taylor law to end no-knock raids.”