French President Emmanuel Macron announces a 30-day suspension on travel to the European Union (EU) in an attempt to combat the spread of COVID-19; Their hope is that this will relieve the stress on the EU healthcare system and slow down the virus.

Though the proposal is technically waiting for its final approval, the European Union (EU) is poised to close their borders for 30 days in an attempt to combat the spread of COVID-19. G-7 leaders met on a conference call on Monday where EU President Ursula von der Leyen made the proposal. This is a critical move for the EU that is likely coming too late as the epicenter of the virus is now located in Europe rather than in Asia.

President von der Leyen made it clear that another goal of this move is to reduce the stress being put on the EU healthcare system right now, something that could have been prevented had they taken earlier precautions. Not only is the EU dealing with an outbreak of the virus and stress on the healthcare system, but Turkey is now allowing the flow of approximately 140,000 Syrian refugees into Europe amid the Syrian civil war.

French President Emmanuel Macron stated, “All travel between non-EU countries and the European Union will be suspended for 30 days.” Note that this travel ban prevents people from outside of the EU to enter. France is dealing with a host of issues themselves regarding the virus, which has forced the country into a near lockdown. 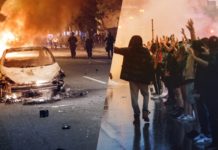 Tom Hughes: The Problem is Sin, Not Skin; The Solution is Grace, Not Race 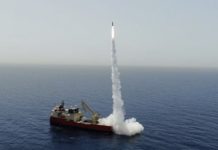 Erdogan Doubles Down on Opposition to Israel’s Coming Annexation