Dr. Robert Jeffress: Trump Impeachment Inquiry, will cause ‘Civil War-like Fracture from which this Country will Never Heal’ 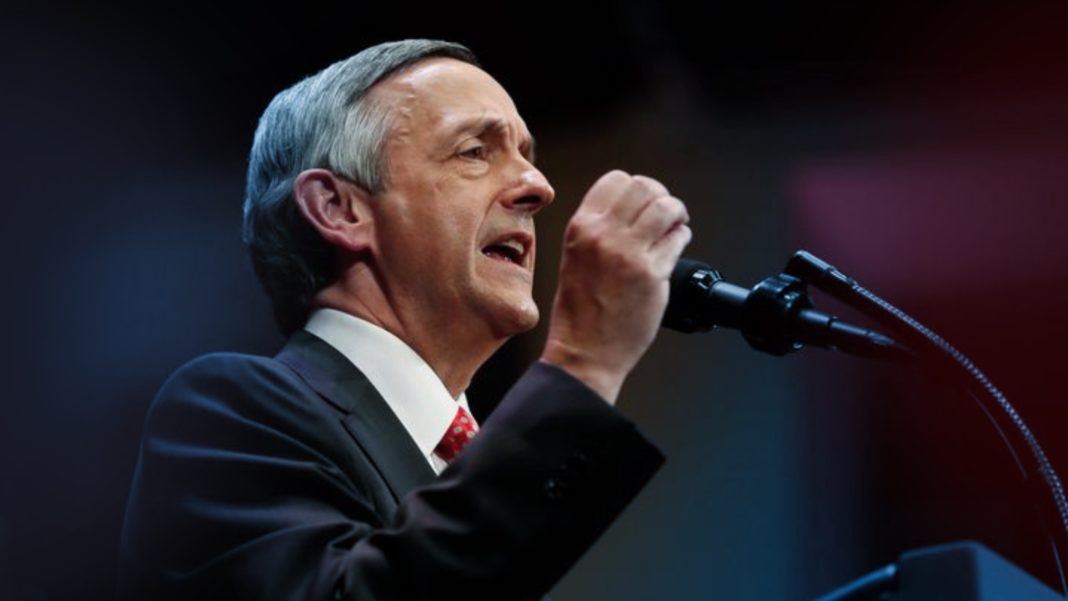 Pastor Robert Jeffress has dismissed House Speaker Nancy Pelosi for asking the nation to be “prayerful” about an impeachment inquiry into President Donald Trump, which he says has angered “thousands” of evangelicals and “will cause a civil war-like fracture in this nation from which this country will never heal.”

In an interview at The Texas Tribune Festival Saturday, Pelosi explained that “if this activity, this pattern of behavior were to prevail … then it’s over for the republic. We will have the equivalent of a monarchy.” She then called on the nation to pray for the process.

“Let us be prayerful. Let us be solemn. Let us try not to make it further divisive,” she said. “But we cannot ignore our oath of office to defend the Constitution of the United States from all enemies foreign and domestic.”

In an interview on Fox News Sunday, Jeffress compared Pelosi to a pyromaniac.

“I think it’s hard to take Nancy Pelosi’s call to prayer seriously. I mean it reminds me of a pyromaniac with a match in hand about to set fire to a building, saying, ‘Please pray with me that the damage I’m about to cause isn’t too severe,’” said the leader of the 12,000-member First Baptist Church in Dallas.

“I mean if you’re really sincere about that prayer, then put down the dang match. But Nancy Pelosi and the Democrats can’t put down the impeachment match — they know they couldn’t beat him in 2016 against Hillary Clinton, they are increasingly aware of the fact that they won’t win against him in 2020, and impeachment is the only tool they have to get rid of Donald Trump and the Democrats don’t care if they burn down and destroy this nation in the process,” he continued.

When asked to comment on how evangelical voters were reacting to the news of the impeachment inquiry, Jeffress said “thousands” he has spoken to are angry.

“Look, I don’t pretend to speak for all evangelicals but this week I have been traveling the country and I’ve literally spoken to thousands and thousands of evangelical Christians. I have never seen them more angry over any issue than this attempt to illegitimately remove this president from office, overturn the 2016 election and negate the votes of millions of evangelicals in the process,” Jeffress said.

“And they know that the only impeachable offense President Trump has committed was beating Hillary Clinton in 2016. That’s the unpardonable sin for which the Democrats will never forgive him. And I do want to make this prediction this morning: If the Democrats are successful in removing the president from office, I’m afraid it will cause a civil war-like fracture in this nation from which this country will never heal,” he said.

“They are thrilled. They cannot contain their glee over this,” Jeffress speaking of the Democrats. “But I’ve been asked the question: what should we as Christians do? I think we ought to pray too, but we ought to do more than just pray. We ought to take action, and that means calling our representatives and urging them to stand with this president. Daniel 11:32 says the people who know their God shall stand firm and take action.”