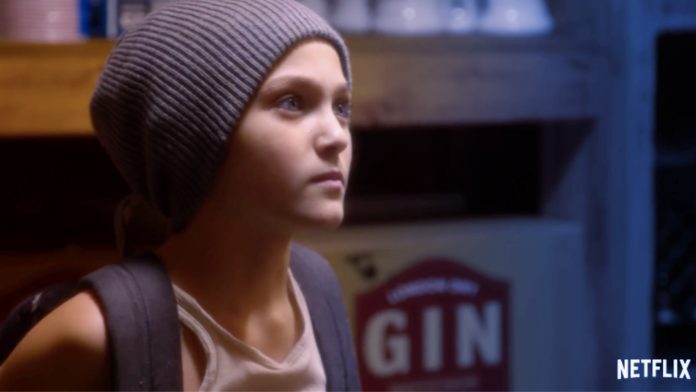 In the show’s second episode, drag queens relate inappropriately to a 10-year-old gender-confused girl named AJ brought around the performers by RuPaul. One of the men dressed in drag is admonished by RuPaul for “tucking” his “junk” in front of the girl. Another drag queen refers to the child as a “top,” a sexual term for the person on top during sexual intercourse.

The disturbing commentary exchanged before the boy doesn’t stop there. One drag queen suggests AJ’s character is a product of closed down Planned Parenthood abortion clinics.

The show, according to the Media Research Center, “is about a 10-year-old child who accompanies Robert (RuPaul), a gay male drag performer who goes by ‘Ruby Red,’ as he travels across the country performing in drag shows at mostly gay bars.”

“The child, AJ (Izzy G.), is the daughter of a drug-addicted prostitute,” the outlet explains. “She wants to be a boy ‘because people leave boys alone.’ She hides her long hair under a boyish hat and does her best to look and act like a 10-year-old boy instead of a girl. The show is one long exposure of this child to sexualized adult situations in which she does not belong, all under the guise of the drag queen and the child ‘bonding’ cross-country.”

Below is a transcript of the alarming exchange in episode two, via the Media Research Center (emphasis added):

Magda: Well, look what the p***y dragged in. And you have a child. I knew closing those Planned Parenthood clinics would create a problem. [Laughs.]

Robert: Girl, this is AJ. AJ, this is Magda. One of Pittsburgh’s finest queens.

Edie: Which tells you a lot about the Pittsburg scene.

Robert: Uh, maybe don’t tuck in your junk in front of a minor.

Edie: There are no miners in Pennsylvania, no matter what the president promised.

Robert: AJ, this is Edie. She used to be pretty.

Alma Joy: Wait till you…

Robert: That’s Alma Joy and, trust me, she may have a couple of nuts, but there is no joy…

Robert: Good to see you, Alma.

Alma Joy: Have we met?

Alma Joy: Surprised to see you all the way out here in the sticks, Ruby. Wasn’t that what you called us? I guess she’d know all about sticks. She has that big one stuck up her a**.

Magda: You say that like that’s a bad thing.

Alma Joy: What are you even doing in Pittsburgh? I thought you were opening your own New York club.

Robert: Oh, I am. We’re in the middle of huge renovations and it is going to be major.

Edie: Oh, Ruby, girl, there are burgers at the bar. Are you hungy?

Edie: Okay. Follow me. First kid I ever met that’s a top.