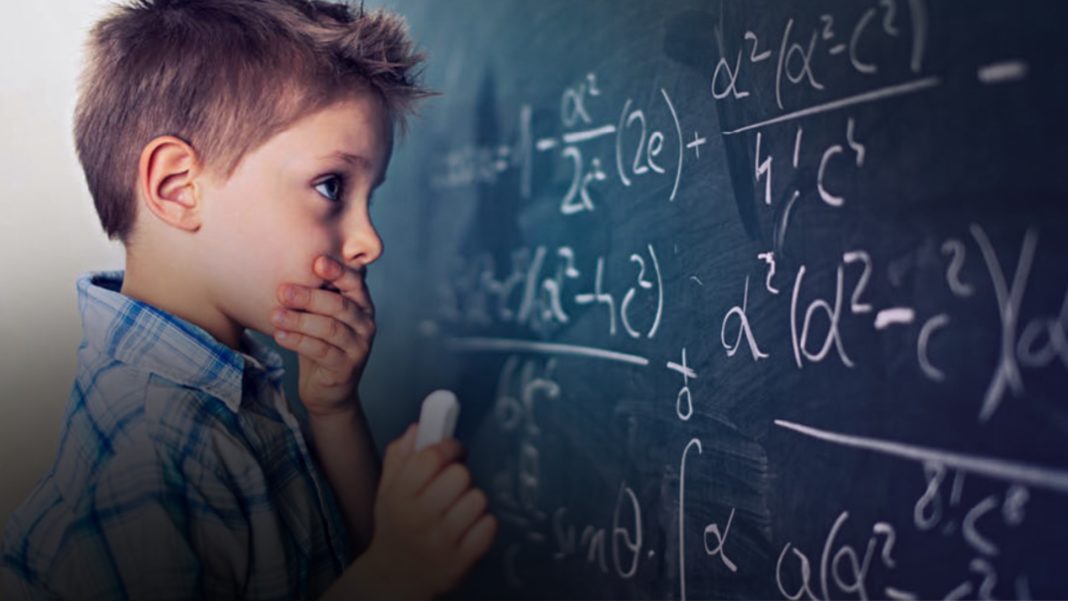 An Oregon Department of Education newsletter from February promoted an online course designed to “dismantle” instances of “white supremacy culture in the mathematics classroom.”

One example of “white supremacy” highlighted by the course was “the concept of mathematics being purely objective,” an idea which the resource stated is “is unequivocally false.”

The program, known as “A Pathway to Equitable Math Instruction,” describes itself as “an integrated approach to mathematics that centers Black, Latinx, and Multilingual students” that provides “opportunities for ongoing self-reflection as they seek to develop an anti-racist math practice.”

“White supremacy culture infiltrates math classrooms in everyday teacher actions,” the guide states. “Coupled with the beliefs that underlie these actions, they perpetuate educational harm on Black, Latinx, and multilingual students, denying them full access to the world of mathematics.”

The newsletter pitched the program to educators “looking for a deeper dive into equity work,” offering to teach “key tools for engagement, develop strategies to improve equitable outcomes for Black, Latinx, and multilingual students, and join communities of practice.”

“Building math instruction on an equitable foundation can better ensure all our students have a pathway to success in math,” Siegel said.

Examples of “white supremacy culture” cited by the document include a focus on “getting the ‘right’ answer” and requiring students to show their work.

Glenn Ricketts, Public Affairs Director for the National Association of Scholars, told Campus Reform that the course illustrates that “no aspect of the educational process at any level is off limits for the social justice indoctrination.”

“Mathematics was once considered immune: after all, doesn’t 2 + 2 = 4?” Ricketts said. “But as I have read recently, the problem that math and arithmetic insist on correct answers is actually a hidden form of ‘white supremacy,’ as everything else is as well.”

The authors of the program state that “The concept of mathematics being purely objective is unequivocally false, and teaching it is even much less so. Upholding the idea that there are always right and wrong answers perpetuate objectivity as well as fear of open conflict.”

The materials also instruct teachers to “Choose problems that have complex, competing, or multiple answers” so that students can come up with “at least two answers” in order to “challenge standardized test questions…”

“Often the emphasis is placed on learning math in the ‘real world,’” the toolkit asserts, “as if our classrooms are not a part of the real world. This reinforces notions of either/or thinking because math is only seen as useful when it is in a particular context. However, this can result in using mathematics to uphold capitalist and imperialist ways of being and understandings of the world.”

The course challenges teachers to “center ethnomathematics,” which includes recognizing how communities of color engage in mathematics and exposing students to “examples of people who have used math as resistance.”

“ODE stands behind the value that high-quality, rigorous mathematics instruction must be prioritized for every student in Oregon,” Siegal said. “These goals are shared by many of our professional education partners across the state. The training opportunity shared in the Math Educator Update reminds teachers what we know is true in teaching all students: that high expectations, high-quality content, and strong relationships with students and families lead to substantive increases in student achievement.”

According to the project glossary, the authors cite critical race theorists like Ibram Kendi and Robin DiAngelo for definitions of terms like “Antiracist” and “Whiteness.” Throughout the document, teachers are encouraged to incorporate “antiracist” math education into their classrooms.

National Association of Scholars Director of Research David Randall also condemned the program, saying that “the teaching of such ideologies as Critical Race Theory or so-called Anti-Racism” is an intrusion of “totalitarian ideology into the classroom” and a “crippling waste of classroom time that will leave all students less knowledgeable.”

“None of these should be in any aspect of education, as they will produce a generation indoctrinated and ignorant,” Randall said. “The most dangerous aspects are requirements to teach such materials–K-12 requirements imposed by state education departments, departmental and university course requirements, and education school graduation requirements. But the voluntary choice of teachers to use such materials is nearly as damaging.”

Randall argued that the Oregon curriculum is only the most recent expression of a long-term trend.

“When NAS was founded back in 1987, the problem of politicized curricula was largely confined to college courses, and we thought that it was a serious problem then,” Randall explained. “But things have worsened considerably since those distant beginnings and, as a result of the relentless emphasis on ‘social justice’ many students now come to college already indoctrinated, with all of the ‘right’ answers.”

“As for preparation in the professions,” Randall added, “I think the only thing the kinds of courses we’ve been discussing here qualify one for is social activism and an inflated sense of his own importance. It certainly won’t prepare anyone for engineering, foreign language competence or systematic thinking.”

Siegel told Campus Reform that the materials are “an optional professional learning tool for educators looking to better engage students and improve outcomes for students of color and multilingual learners.”

“Cultural context is helpful for all of our students in learning. Not all tools provided by A Pathway to Equitable Math Instruction may make sense for each individual school; the content is simply to generate new ideas for engagement and strategies for educators,” Siegel said.