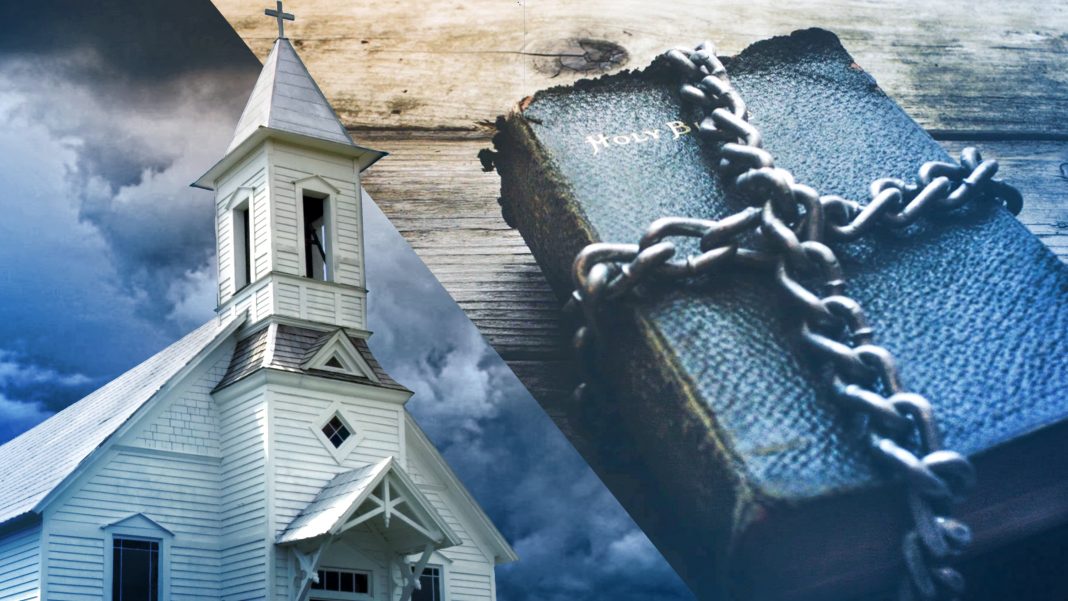 Pastor Artur Pawlowski was arrested again this week as he returned to Canada after a four-month visit to America. He had been visiting churches here warning about the perils of a socialist country, about tyranny, censorship, and about increasing religious persecution. Are we prepared?

In several cases across North America, not only pastors, but congregants have been arrested and fined for having services, not obeying mandates. In Australia, churches were fined for not scanning people’s phones as they entered, and some pastors fear the government will soon require proof of vaccination to get in. To church.

Should Christians submit unconditionally? I think I need to see chapter and verse on that one.

Like Canada’s Artur Pawlowski, a very small but vocal minority of uncompromising pastors in the U.S. last year resisted government overreach and double standards as churches were severely restricted. And I believe, tested. Did we pass the test? You tell me.

But more of us are starting to see the writing on the wall. We’re hearing about what’s happening in Canada and Australia. We saw the power grabs by blue-state governors and now by the Biden administration and are wondering if the same kind of tyranny and draconian lockdowns are coming to our shores soon. I believe we’ve already seen things here in the U.S. that should not have been allowed under the U.S. Constitution.

But the globalist left saw last year how much they can get away with as we generally waved our proverbial white flags and gave up our churches. Historically, when government grows in power and takes new ground, it almost never gives it back. Moreover, the enemy has been emboldened by their insatiable lust for power, their recent “progress,” and the general lack of resistance.

In a new report this week, Melbourne pastor, Paul Furlong was asked why he chose to open his church against government orders, and said he wanted to obey a greater law, the Word of God. So, he “chose God’s law over man’s law.” God bless every church and ministry that has leaders with courage and a commitment to live out our faith and please the Lord.

Here in the states with religious freedom protections, why do you think we haven’t heard more pastors winning lawsuits as some have done, and why don’t we generally see more Christian citizens speak out against unfair, discriminatory mandates and double standards?

The Bible states that believers in Christ are to come together and assemble (Heb. 10:25) regularly to hear God’s word, pray, and equip the saints for ministry (Eph. 4:12), make disciples, take communion, have fellowship with like-minded Christians (Acts 2:42). That’s impossible to do by watching a video at home.

I can understand the world’s reaction to a new virus or health threat. I sympathize with unbelievers who are afraid, who have no faith, no hope, and no God to rely on during life’s trials. But we, believers in the church, are not like those who have no hope, and we must not give in to fear, worry or be anxious as if we don’t know Jesus, the Rock and Cornerstone of our faith.

California Pastor Jack Hibbs recently warned about what he sees as a “demonic” reaction to the Rona pandemic – all intended to sow fear, division, and confusion into people. The reaction of many citizens – in a free country – to the Democrat media’s irresponsible reporting has been both disappointing and embarrassing.

Most discerning Christians recognize the dark agenda behind all this.

Don’t think this irrational fear and increased government intrusion can’t make it to America. In fact, by the way some people are acting, it’s clear the fear-mongering liberal media has been quite effective peddling its panic-porn and propaganda for the ruling power elites and socialists.

By the way, Canadian authorities didn’t confirm why Artur Pawlowski was arrested on the tarmac, but it appears to have something to do with him disobeying a June 5 court order. I’m sure they would have found something to charge him with as soon as his flight touched ground. Anything.

I recently interviewed pastor Tim Stephens of Calgary, another church leader who was arrested more than once and imprisoned for keeping his church open. He indicated to me there is a good chance the government will soon make an example out of him, as well as pastor James Coates of Alberta, and Artur Pawlowski.

Most of us understand this goes far beyond public health concerns. This is about power – and money. In addition, there is almost an acceptable hatred of the biblical Christian worldview today and those who sincerely practice their faith. Of course, this is nothing new; it’s nothing we weren’t warned about in the Bible, and nothing that is catching God off guard.

A few months ago, arsonists tried to burn down Pawlowski’s property, setting a garage on fire next to his private residence. (Whatever happened to “tolerance?”) The pastor said it was a sign “someone wants us dead,” referring to his wife and family.

According to Rebel News, he mentioned one of his church’s ministries and responded to the attack, saying:

We will see more extreme control measures in the U.S. now that Covid variants, forced vaccinations, mask mandates (follow the “science”), and perpetual booster shots are already be here. No one would have predicted a few decades ago that a church could be closed by the State or a pastor could be put in prison for holding worship services, an offense a Canadian agency describes as, “organizing an illegal in-person gathering.”

The more an antichrist culture and its ruling elites censor us, suppress our speech, and refuse to allow us to ask questions, the more undaunted we must be in our loving, respectful resistance. Know the Word, use wisdom, common sense, and do what’s best under God for your family, church, and country.

Paul wrote to believers in one of the early churches (Galatians 1:10):

Galatians 1:10 KJV – “For do I now persuade men, or God? or do I seek to please men? for if I yet pleased men, I should not be the servant of Christ.”