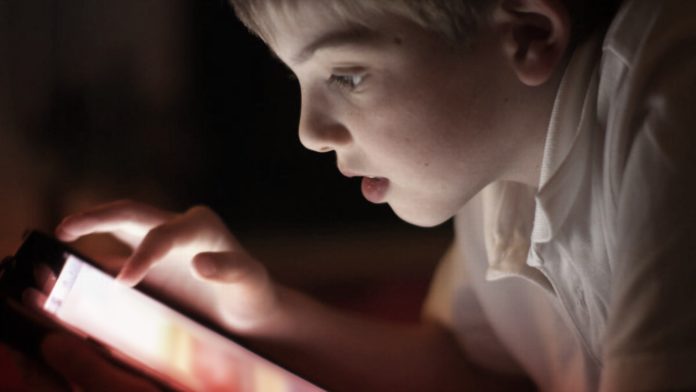 Around half of British 11- to 13-year-olds have seen adult content at some point, with some children as young as seven or eight saying they have viewed adult sexual content on the internet, a major new study has found.

Research by the British Board of Film Classification (BBFC) also found that among 14- to 15-year-olds, two thirds had seen online adult content.

This was despite three-quarters of the parents surveyed saying they believed their children had never watched adult sexual content.

Some of the young people reported feelings of “trauma” after seeing violent or aggressive forms of adult content.

“Often, they were first exposed to this content accidentally, through videos appearing on home pages of p0rnography sites, and some reported getting lost in ‘rabbit holes’ of p0rnography where they saw increasingly graphic content,” BBFC said.

Others expressed fears that what they had seen had affected their own or others’ sexual preferences.

“Girls in particular were found to watch p0rnography to learn ‘what to do’ during sex and to meet the perceived expectations of boys, which they believed were influenced by p0rnography,” the report said.

“Girls also spoke of their fear that the aggressive depictions of sex would be seen as “normal” by young male viewers of p0rnography, and accordingly copied in real-life sexual encounters.

“Some young people felt p0rnography had actually affected their behaviour during sex; particularly in the copying of ‘rough’ or ‘forceful’ sex seen in p0rnography.

“Some also felt that p0rnography had affected their or their partner’s understanding of consent because consent was ‘implied’ in p0rnography rather than openly discussed and spoken about by participants.”

Forty-one per cent of the 11- to 17-year-olds who knew about adult content said that watching it made people less respectful of the opposite sex, compared to only 13% who disagreed.

Many of the parents surveyed expressed concern about depictions of rough or aggressive sex and how this might lead to unrealistic expectations of sex and what happens in a “normal, loving relationship”.

A majority of the parents surveyed (83%) said they supported age verification checks on online p0rnography.

A new age verification scheme was due to be launched in July this year but was delayed after the Government said it had made a bureaucratic error.

Responding to the report, James Mildred of CARE (Christian Action Research and Education) said that age verification was a “necessary tool” to protect children online.

He called on the Government to bring an end to the delays to its planned age verification scheme and ensure that age checks on adult material were “as robust as possible”.

“These findings are shocking but unsurprising,” he said.

“For years, we have known that our young people are accessing p0rnographic content at a very young age.

“We know from this study and other pieces of research that disturbingly, p0rn is often a form of sex education for children and it shapes how they understand sex, consent, body image and healthy relationships.

“In this context, age-verification on p0rnographic sites is an absolute must. We need to make sure our young people are given the same level of protection online as they are offline.”