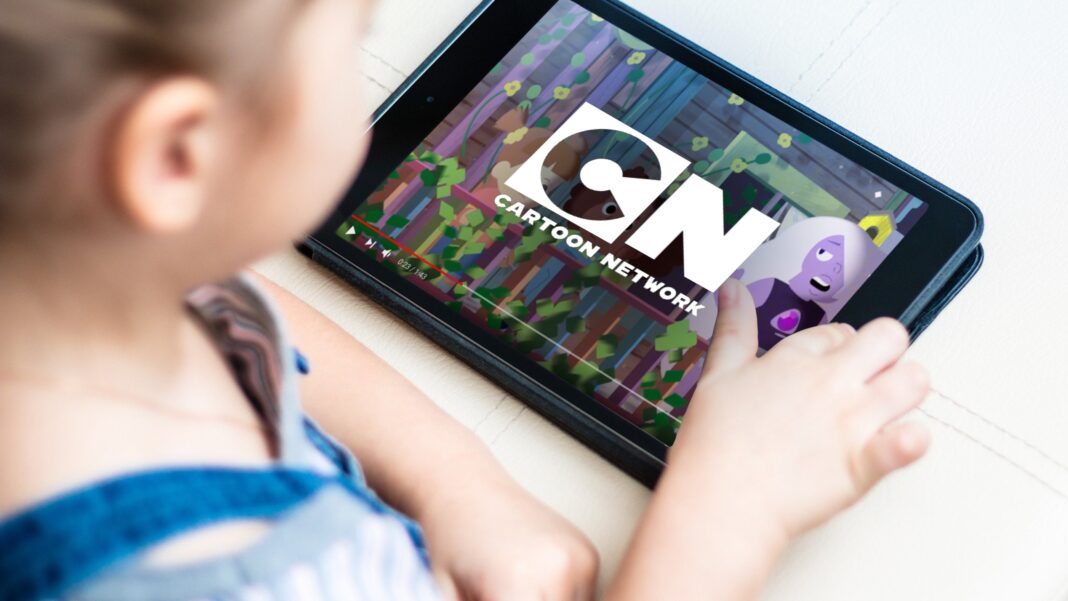 In the woke revolution, even cartoons are being employed to ensure the indoctrination doesn’t miss anyone.

Two of the elements of the so-called “anti-racist” agenda are forcing Americans to abandon notions of colorblindness and to redefine their relations with others based on race.

You must see color to defeat white supremacy, so the self-described anti-racists say.

That message came through a YouTube public service announcement aired by TV’s Cartoon Network, which features a white child, a black child, and a purple alien.

The characters begin the video dancing in a circle and celebrating “colorblindness.” Suddenly, the alien, named Amethyst, has a change of heart and says that it actually matters what color a person—or alien—is.

“I think it kind of does matter that I’m purple. I mean, I’m purple because I’m literally an alien,” Amethyst says.

“Well, I’m not an alien, but it definitely matters to me that I’m black,” the black girl says in response.

“I think people like the black, white, or purple thing, because adding a fantasy race in there helps distract from the actual racism black people have to deal with,” the white girl says.

“My experience with anti-black racism is really specific,” the black character concludes. “Other people of color experience other forms of racism, too. But you won’t see any of that if you ‘don’t see color.’”

The alien then says that colorblindness could be employed just to avoid talking about racism.

The written message attached to the Cartoon Network’s YouTube channel was this:

It’s important to SEE people in all their beautiful COLORS. When you see color and the unique experiences that come from it, you can recognize the role racism plays in our culture AND appreciate everyone and their diversity.

That message runs alongside a larger campaign to redefine racism, to inject critical race theory into every aspect of American life, and to essentially rewrite America’s past and future.

The Cartoon Network PSA is just a small part of the rapid and poisonous transformation being foisted upon the American people.

The message of the Cartoon Network video could have been taken straight out of the writings of Ibram X. Kendi, who is now working an anti-racist children’s books.

As I’ve previously highlighted in my analysis of Kendi’s work and that of his fellow ideological travelers, the anti-racist creed ultimately sounds a lot like racism.

The wider message goes beyond just opposition to colorblind treatment of other people. It stands in opposition to the American ideal that “all men are created equal,” as Thomas Jefferson wrote in the Declaration of Independence.

Calling for fundamental equality under the law, to the anti-racists, can be a means of promoting systemic racism.

That’s tied to the reason “equity” has become the catchphrase of left-wing activists instead of equality. If any kind of racial disparities exists after implementing equality under the law, to them, it must be because of systemic racism.

Any other explanation is defined as racist. And if the anti-racists get what they want, that could come with ferocious personal and legal consequences.

Kendi, for instance, wants to create an independent and unaccountable government agency that would decide whether laws are racist or anti-racist. It would have the power, among other things, to essentially nullify votes from legislators, disenfranchising their constituents.

What’s an example of a “racist” law? According to Kendi, lowering capital gains taxes. That’s where this is going.

Philosophically, the anti-racist movement stands in opposition to Frederick Douglass and even the more contemporary civil rights leader Martin Luther King Jr., whose primary messages to the American people were that the country was not upholding the principles of 1776 for black Americans.

They were holding America to its own standard, but they did not reject the cornerstone that the republic was founded on.

The anti-racists of today take a much different—and fundamentally opposite—tack.

Instead of arguing for ensuring Americans of all backgrounds are treated with equal rights, they demand we create a system by which every person, every individual, is judged solely by their racial identity.

They demand a political and legal system that will be transformed to recognize the hierarchy of privilege—a racial caste-based society of victims and oppressors—where rights will be doled out by race-conscious activists with near-total power.

They embrace, perhaps ironically, a kind of mirror-image line of attack from pro-slavery radicals of the antebellum South. At the core of both of those critiques of American founding ideas is that Jefferson’s principles of 1776 were fundamentally a sham, and that America was founded on slavery, rather than liberty.

That message is being adopted wholesale by America’s most powerful elite institutions, spreading from higher education to media, corporate America, K-12 schools, and, of course, popular culture.

The only way to derail this freight train, which threatens the foundation of our society, is to call it out, to denounce it, to resist it, and to organize in opposition to it being foisted on our country.

We need to be a little more like France—yes, France—and the Chinese American Citizens Alliance of Greater New York, the oldest Asian-American civil rights organization in the United States. The latter assailed the teachings of critical race theory as “racist, repressive, discriminatory, and divisive,” and promoted broad-based resistance to its invasion into American institutions.

That’s exactly what Americans need to do: Draw out the truth of what critical race theory and similar ideologies are, reaffirm our most fundamental principles, then organize to save them—before it’s too late.

Ken Ham in his article “Responding to Racism—No Other Answer Than the Gospel” wrote on the Biblical response to racism and pointed out the error in falling into the social justice lie of “institutional racism“:

I’ve been speaking on the topic since the 1970s and have made it a vital component of our teaching at AiG. Now the true solution to racism is grounded in the history in the book of Genesis and the gospel. Because the solutions offered by so many in our culture are anti-biblical, we want believers to be equipped to respond in a way that honors the Lord and his Word.

And I’m not the only one saying this. Far from it! As just one example, Voddie Bauchum, who has spoken at many of our past conferences, was recently featured in an article on the website Christian Headlines. In the interview, he called attention to the centrality of the gospel in any biblical response to racism:

And it’s been interesting to watch scenes of white people, literally kneeling and bowing and genuflecting, in repentance over their sin of—of white privilege. Or, you know, bias. Or conscious bias. Or unconscious bias. Or whatever else . . .

Ultimately, “this religion [of social justice] is promising salvation, somewhere other than God . . . And unfortunately, there are many Christians who are sounding like they’re satisfied with this.” . . .

[Voddie] made a distinction between individual racism and institutional racism, calling them “two competing worldviews” . . .

As I’ve shared in the past, the gospel is the answer to racism. Salvation isn’t found anywhere but in Christ! And the sin of racism, ultimately, is a heart issue—it’s caused by sin in the hearts of men and women. A heart/spiritual problem requires a spiritual solution—and the only solution is the biblical truth that we’re all one race (which is confirmed by the science of genetics) and the gospel of Jesus Christ that is offered to all.

Ethnic Studies Advisor To Teachers: Be ‘Extra Careful’ About Parents Seeing ‘What Materials Are Being Used’

“[We] have to be extra careful about what is being said, since we can’t just say something controversial now that we’re in people’s homes.
Read more
Ethnos Against Ethnos

A teacher in a Manhattan high school is refusing to cave to his administration’s intense critical race theory “indoctrination” of students. “As a teacher, my...
Read more
LGBT+ Agenda