Canadian Doctor Under Fire For Speaking Out Against Lockdowns, Gov’t Medical Coercion 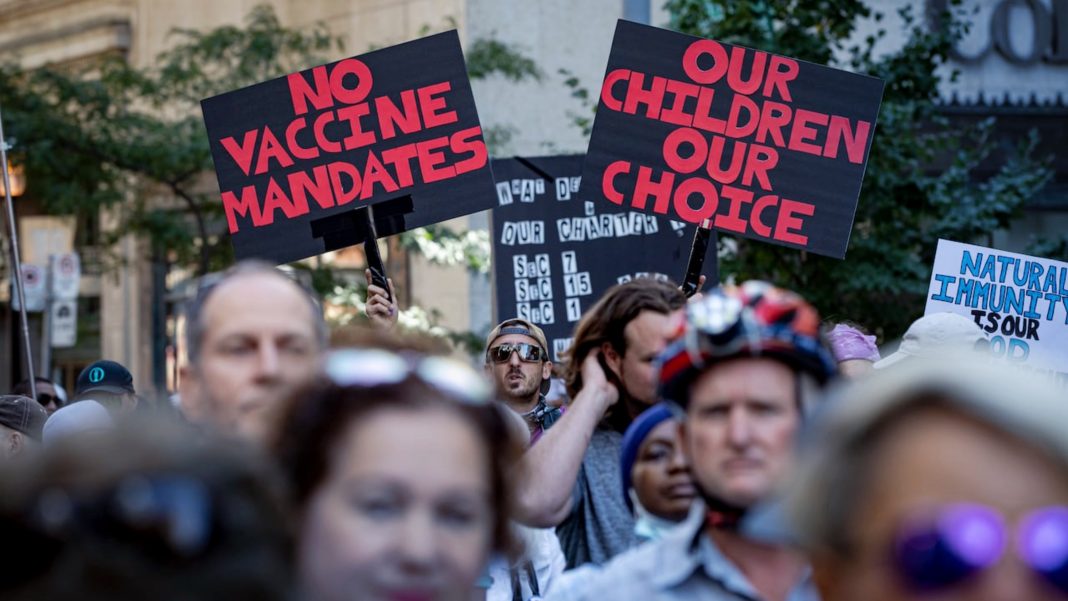 A Canadian doctor who has been a vocal anti-lockdown advocate is under fire from the College of Physicians and Surgeons of Ontario after having frequently spoken out against what he considers harmful governance and public health policy.

On September 25, Dr. Patrick Phillips tweeted about what he sees a correlation between the rise of Adolf Hitler and the current medical policies controlling the lives of Canadians.

“Germany convinced the public it was good and gained their support for doctors and nurses to kill the ‘mentally feeble’ patients because they needed hospital beds for the front-line soldiers who ‘did their part.’” he said. “Sound familiar?’

He added that during the Third Reich, doctors and nurses also actively killed disabled children. Don’t settle for saying that’s “awful and unthinkable.” Instead, learn how it’s thinkable. The answer: valuing the health of the population over the rights of the individual patient. Public health ideology.”

The tweet, and other tweets he has written about the state of medicine and the rights of patients in the province of Ontario has been used by Ontario’s medical regulator as a justification to investigate his professional behaviour.

Dr. Phillips is not the first person to suggest that there are similarities between the activity of contemporary governments and dictatorships of the past. Holocaust survivor and medical activist Vera Sharav said on a podcast in August that we should be feeling “more than nervous” about the current state of public health measures, including lockdowns, forced vaccinations, and testing.

Due to Dr. Phillips’ public statements against lockdowns and vaccine passports, his support for early treatments such as Ivermectin, and about dangerous historical parallels, the CSPO ordered Dr. Phillips to appear before a discipline tribunal for “committing an act of professional misconduct.”

Phillips reacted to the harsh claims leveled at him from the medical regulator by tweeting, ““Never have I been more proud of myself than the day I decided to take a stand against our country’s medical tyranny. Providing patients and the public access to treatments for COVID-19 and vaccine injuries and protecting them from medical coercion is not something I will regret.”

The pro-medical freedom physician has been sanctioned and is barred from:

Ivermectin has been at the heart of a volatile debate between health officials who erroneously claim it is a mere “horse dewormer,” and physicians and scientists who have provided ample evidence that it is effective in the early treatment of patients diagnosed with COVID.

Dr. Phillips has worked with other concerned Canadian doctors in an attempt to advocate for the rights of patients under the lockdown framework. One of those doctors is Dr. Kulvinder Kaur Gill, who has also been the subject of a crackdown by the Ontario College of Physicians and Surgeons for her pro-medical freedom Twitter feed and advocacy. Gill is the president and co-Founder of Concerned Ontario Doctors.

In June, Dr. Phillips appeared at a press conference hosted by pro-life Christian politician Derek Sloan, speaking out against the harms that lockdowns and poor public health policy have caused to Canadians. The event included Canadian scientist Dr. Byram Bridle who has spoken out about the harms that the COVID jab can cause, and has debunked the claims of a “pandemic of the unvaccinated” that some politicians have espoused.

Sloan’s conference was broadcast on the official Canadian government YouTube channel, and within a couple of days had garnered more than 400,000 views. However, the video was removed by YouTube shortly thereafter for “violating community guidelines.” Sloan called the censorship of the democratic process in the Canadian House of Commons “extreme beyond any measure.”

During the press conference, Dr. Phillips stated that he had seen “massive harm” done to his patients because of the lockdown. He added that he had never “seen so many suicidal children,” or people who have entered an emergency room for the first time with “metastatic cancer.” He claimed that he could not live with himself if he “did not speak out.”

Phillips called the actions of the Ontario’s medical regulator “chilling,” as he referred to guidance released in April that effectively forbade physicians from offering advice to patients regarding masks, vaccines, and early treatments that was not accepted by mainstream public health officials.

Dr. Phillips has not backed down since being discipline by the College, and yesterday tweeted,  “My commitment is to provide robust evidence-based and ethics-based advice to patients and the public. I will not back down from speaking or spreading the truth.”

Professor of Ethics Julie Ponesse in London, Ontario recently explained in an eye-opening interview with PPC Leader Maxime Bernier that Canadians are witnessing the early stages of losing their democracy.

“I think our radar should really be in tune to the fact that something is going on here,” Ponesse explained. “The government wants vaccination for political reasons and not necessarily just immunological ones and that’s when we have to be really worried.”

“I hesitate to say, I’m sorry to say, but so much of what we’re seeing in Canada now this kind of stratification of citizens, fear-mongering by our governments,” she continued, “this is the early stages of every other state in history we have seen that has degenerated from a democracy or a republic to a kind of autocratic state or a dictatorship. We’re seeing the early signs of that. The people, we need to be on guard for this. We need to be aware so that we prevent sliding into it even further.”