Bennett Working to step up Large Scale Campaign against Iran in Syria; says it will be Conducted Soon 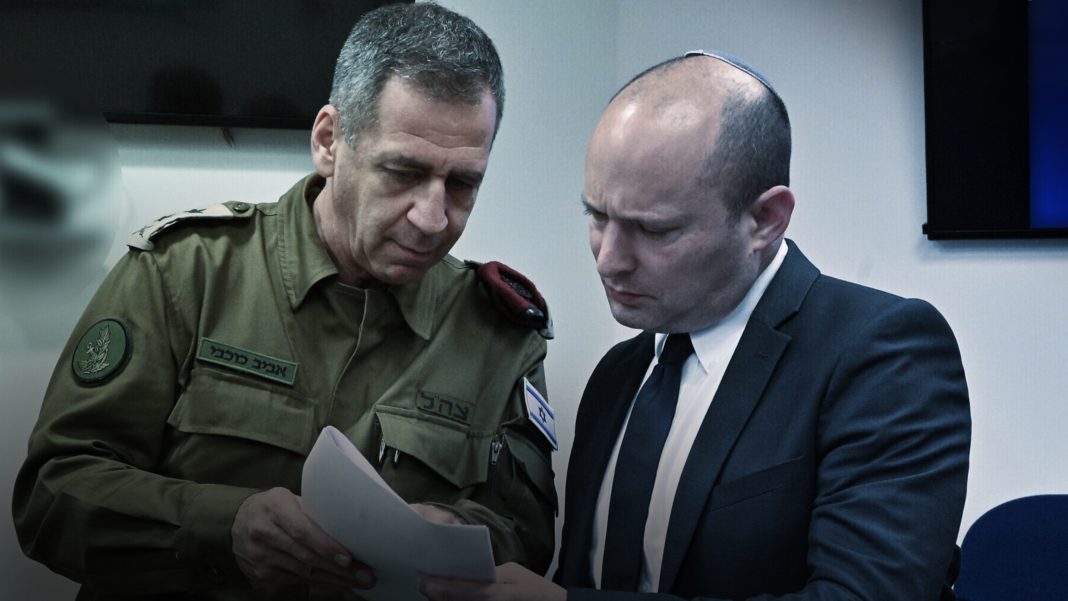 Defense Minister Naftali Bennett is working to escalate Israel’s steps against Iranian forces in Syria with the aim of persuading the Islamic Republic to withdraw its forces from the war-torn country in the near future.

According to this new line of thinking, the steps will be continuous with the aim of getting Iranian forces to almost completely withdraw from Syria. The idea is to use increased operations to force Iran – which saw Syria as an opportunity to increase its regional hegemony – to cut its losses and understand that it is not worth remaining in the country.

Bennett, who assumed the position in November, sees a window of opportunity to remove Iranian and Shi’ite militia forces from Syria due to the unrest in countries like Iraq and Lebanon, as well as in Iran itself.

“There is a good chance of this happening,” Bennett has said in recent security assessments. “I expect that soon they will leave.”

The IDF has been on a tense state of alert in recent months amid concerns that Iran will attack Israel – with drones and cruise missiles – as it struck Saudi Arabia’s Aramco oil facilities in September.

Bennett believes that while there is a risk increased steps against Iran could lead to an attack against Israel, it is better to act now than to wait since waiting could end with Iran having a Hezbollah-style force on Syria’s Golan Heights capable of launching continuous attacks against Israel.

“If we do more of the same, it will be too late,” Bennett believes.

Israel has been carrying out a war-between-wars campaign (known as MABAM in Hebrew) since 2013, striking thousands of Iranian and Hezbollah targets in an attempt to prevent Tehran and its proxies from obtaining advanced weapons to use against the Jewish state and from entrenching themselves in Syria.

While the campaign has caused significant damage to Iran’s project in Syria, Israel needs to do more. Bennett wants the Israeli military to increase steps against Iran and Hezbollah, reasoning that if the cost becomes too high, Tehran will withdraw from Syria.

In early December during a conference held by Makor Rishon, Bennett said that Israel has to move from containment to attack.

Early during Bennett’s tenure, the IAF carried out a wave of airstrikes targeting 20 Iranian targets in response to four rockets fired from Syria towards Israel’s Golan Heights.

According to Bennett, that marked a new chapter in the fight against Iran’s continued attempts to entrench itself in Syria.

“The rules have changed: Anyone who shoots at the State of Israel during the day will not sleep at night,” he said following the strikes. “Our message to Iran’s leaders is simple: You are no longer immune. Wherever you stretch your tentacles – we will hack them off. The IDF will continue to protect Israeli citizens”

According to a senior official in Israel’s defense establishment, the “head of the Iranian octopus” sits in Tehran but continues to attempt to surround Israel with proxy groups – Hezbollah in Lebanon, Iranian militias in Syria, [and] Islamic Jihad and to some extent Hamas [in Gaza].