With Worries About Coronavirus Fading, Attacks Against IDF on the Rise 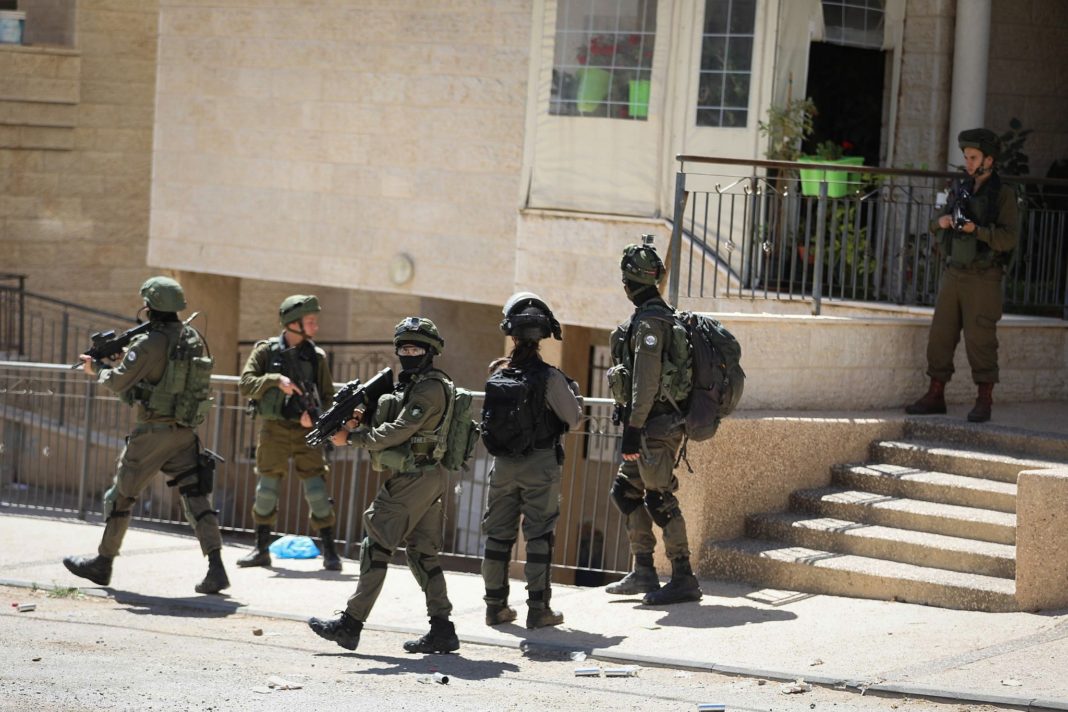 After months of relative quiet in the West Bank, tensions have once again risen with three attacks against IDF troops which have taken place over the span of 48 hours.

On Thursday afternoon, an IDF soldier was injured after a Palestinian drove into him at high speed near the West Bank settlement of Negohot near Hebron. According to the IDF, the driver accelerated towards troops standing next to a military observation post outside the settlement in the Har Hebron Regional Council.

The 21-year-old soldier, who was treated in the field by Magen David Adom paramedics, was evacuated to Soroka Medical Center in Beersheba with injuries to his upper body, in moderate-serious condition. He was said to be stable and conscious.

The terrorist was shot and critically injured by troops who returned fire. He later succumbed to his wounds. According to Ynet, the 19-year-old Palestinian was from the Hebron area and left a suicide note in his pocket.

The attack comes days after 21-year-old Sergeant First Class Amit Ben Yigal was killed during an arrest raid in the Palestinian village of Yabed when a large rock was thrown at his head. The next morning, a 15-year-old Palestinian, Zaid Fadl Al-Qaysieh, was shot dead during clashes with IDF troops in the al-Fawar refugee camp.

According to the military, troops were met with a “violent riot” upon entering the refugee camp, and heard shots fired towards them. A soldier was also lightly wounded by a rock thrown at him. Four other Palestinians were wounded in the clashes in the refugee camp where the military said rioters had hurled stones and improvised explosive devices towards troops.

Several other clashes have occurred since the deadly attack in Yabed.

On Tuesday afternoon a Palestinian was shot after he jumped out of a truck at the Kalandiya crossing and attempted to stab a security officer. There were no injuries to Israeli security forces and the suspect was transferred to hospital for medical treatment.

The vehicular ramming attack on Thursday also comes a day before Palestinians commemorate Nakba (catastrophe) Day marking Israel’s creation on May 14th. Nakba Day is usually marked on May 15th with an increase of violence in the West Bank and the Gaza Strip.

Defense officials have said that due to the continued coronavirus pandemic, Nakba Day would be relatively quiet. Nevertheless, both the IDF and the Palestinian Authority are on high alert for any violence that may erupt.

While there will likely not be any large-scale demonstrations, rallies are expected in both the West Bank and Gaza Strip. Palestinians are also turning towards virtual rallies, held over Zoom and other cellphone applications. Palestinian Authority President Mahmoud Abbas himself also called for digital activities to mark the day.

“The Palestinian person is the most precious thing we possess, and therefore we work with all our efforts and potentials, even if they are few and modest, in order to protect him,” Abbas was quoted as saying by Wafa News Agency. “Perhaps what we did during this global crisis that the whole world is facing as a result of the outbreak of the coronavirus is a clear example that the State of Palestine places the human being and his life above all considerations, and we were the first to do that.”

The IDF was also at a heightened state of alert in the West Bank during the height of the coronavirus.

The commander of the IDF’s Kfir Brigade, Col. Eran Oliel, told The Jerusalem Post in a recent interview that he held a meeting with officers in his brigade in April warning that Palestinians may use the pandemic to carry out an attack against Israeli citizens.

They prepared for such an option, deploying more troops to protect communities and roads and carrying out fewer operations in West Bank villages against Palestinian suspects.

Only when they “knew of a ticking bomb” did IDF carry out operations in the West Bank.

While there was a decrease in violence during the height of the pandemic, the IDF is starting to see an uptick in violent incidents, as tensions continue to rise as Israel plans to annex parts of the West Bank.

On Memorial Day, a 20 year-old Palestinian stabbed an elderly woman in the central city of Kfar Saba. A month earlier, a Palestinian is suspected of attempting to carry out a vehicular ramming attack after he accelerated his car into the Reihan checkpoint near the West Bank city of Jenin.

A week earlier, a border police officer was moderately wounded in a combined vehicular ramming and stabbing attack at a checkpoint at the Kiosk checkpoint in Abu Dis. The attacker was caught on camera ramming his truck into the officer before exiting the vehicle armed with scissors and stabbing him. He was shot and killed.

Nevertheless, despite the resumption and attacks against IDF troops, Nakba Day will likely not be as violent as those in the past. It just might be the quietest Nakba Day yet.