In a time where there are those in the world who are tearing down things that represent the past as a form of protest, we must recognize that there have been those in the church who have been doing the same thing for almost 2000 years.

While the chapter and verse divisions of the Bible were not part of the original writings, there is a point we can make from them. There are 1189 chapters in the Bible; 929 in the Old Testament and 260 in the New. Of the 929 chapters in the Old Testament, 918 are in reference to the nation of Israel. Genesis 1-11 records the creation narrative and provides limited information about the first 2000 years of human history. In chapter 12 of Genesis, we’re introduced to Abraham. The balance of the Old Testament deals, in one way or another, with Abraham’s descendants through Isaac and Jacob, whose name was changed to Israel.

Romans 11:17-18 KJV – “And if some of the branches be broken off, and thou, being a wild olive tree, wert grafted in among them, and with them partakest of the root and fatness of the olive tree; Boast not against the branches. But if thou boast, thou bearest not the root, but the root thee.”

Here, Paul is reminding the Gentiles that the gospel came to the Jew first through the King of the Jews, Jesus. The fact that the majority of Israel rejected their Messiah, which opened the door for the grafting in of the Gentiles, does not mean the grafted-in branches should boast against their roots.

To say that the church has replaced Israel or that Christians should “unhitch themselves” from the Old Testament, or that modern Israel is not the Israel of the Bible, is like toppling statues of figures from a nation’s history; branches boasting against the root. The past may not always be pretty, but denying it won’t make it go away and ignoring it can rob us of valuable lessons.

This is why Paul could write:

Romans 11:29-32 KJV – “For the gifts and calling of God are without repentance. For as ye in times past have not believed God, yet have now obtained mercy through their unbelief: Even so have these also now not believed, that through your mercy they also may obtain mercy. For God hath concluded them all in unbelief, that he might have mercy upon all.”

The church should rejoice that God has not cast off Israel, for if the root is cast off, what are the branches grafted into? How then is the Holy One of Israel still the Root of Jesse, the Son of David, or even the King of the Jews? Has God cast away His people? Certainly not! Should Christians “unhitch” themselves from the Old Testament? Certainly not! Did the church replace Israel in God’s providential plan? Certainly not!

1 Peter 2:9-10 KJV – “But ye are a chosen generation, a royal priesthood, an holy nation, a peculiar people; that ye should shew forth the praises of him who hath called you out of darkness into his marvellous light; Which in time past were not a people, but are now the people of God: which had not obtained mercy, but now have obtained mercy.”

Replacement Theology is not just unbiblical, it’s illogical. It’s the proverbial “cut off your nose to spite your face” adage. Israel is Israel and the Church is the Church. However, they share the same history because they share the same Messiah. Israel and the church are God’s chosen people. The Jews by birth and Christians by faith, but Jew and Gentile alike must be born again and there is but one Savior of them all, Jesus of Nazareth, the King of the Jews and the Head of the Church.

Yes, Israel’s past is filled with ups and downs, victories and failures, just like everyone else’s. Thankfully, God did not cast away the Jews, which means He will treat the church the same way. We know that because the Old and New Testaments tell us that He is the Lord and He does not change. He is the same yesterday, today and forever (Malachi 3:6, Hebrews 13:8)!

“The word of God says that God is not giving up on Israel. In fact, the gifts and the calling of God are irrevocable. God never changed his mind on Israel. God never turned his back to Israel. God never said, “Okay, the church is the new Israel.” This is deception from the pit of hell. Why? Because it is such an important pillar of the doctrine of the word of God. And therefore, the enemies spreading all of these things.

Now, people ask me, “Amir, why is it that God chose Israel to begin with?” And I always say, “God wanted a flagship nation that was an example to the world. Not of how they behave, but of how He behaves. And through Israel, whether good things and blessing or bad things and cursing, He managed to manifest Himself and manifest His nature and manifest His character to the people.” 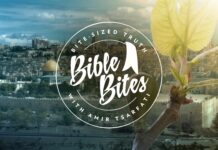 Amir Tsarfati: The Fig Tree – This Generation Shall Not Pass Away

‘Our Only Hope For This Country is God’: Franklin Graham to Lead Prayer March 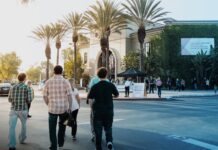 Amir Tsarafti: What is the Restrainer?