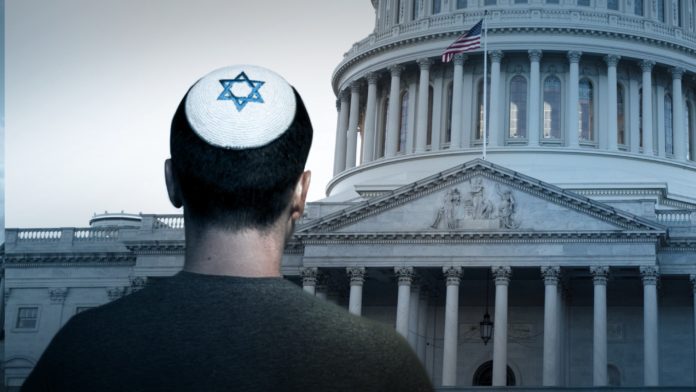 When Jeremy Corbyn was elected as leader of the Labour Party in September 2015, Jews in Britain finally had enough. British Jews mustered the courage to call out Labour’s systemic anti-Semitic leadership.

In March 2018, at a protest called “Enough is Enough,” Member of Parliament Luciana Berger, parliamentary chair of the Jewish Labour Movement, stated: “I tell you that antisemitism is very real and it’s alive in the Labour Party.”

She added: ”It pains me to have to stand before you and have to say that today.” She said antisemitism within the party had become more “conspicuous,” “commonplace,” and “corrosive”.

Recently, weeks before the December 12 elections in Britain, Chief Rabbi Ephraim Mirvis took the unusual step of speaking out against a political party. In an op-ed for the Sunday Times, he wrote: “[A] new poison — sanctioned from the top — has taken root in the Labour Party.” He continued: “How far is too far? How complicit in prejudice would a leader of Her Majesty’s Opposition have to be to be considered unfit for office? Would associations with those who have incited hatred against Jews be enough? Would describing as ‘friends’ those who endorse the murder of Jews be enough? It seems not.”

The power of the Chief Rabbi’s words and support that his courage inspired helped deliver the worst election losses since 1935 for the Labour party.

It is high time for Jews in America to publicly acknowledge institutional antisemitism in the Democrat party and raise their voices, like British Jews.

How can Jews tolerate that Minnesota Attorney General Keith Ellison, a past defender of Nation of Islam leader Louis Farrakhan, could serve as Deputy Chairman of the Democratic National Committee from 2017-2018? Why did Jews overlook that former President Barack Obama attended the Trinity United Church of Christ, run by the antisemitic and racist Reverend Wright, for two decades? Why do Jews tolerate a party whose presidential hopefuls give speeches in support of Al Sharpton — of Crown Heights riots infamy — and his radical left-wing agenda?

Repeatedly, Congressional Democrats such as Representatives Ilhan Omar (D-MN) and Rashida Tlaib (D-MI) have espoused antisemitic rhetoric with impunity. The leadership of the congressional Democrats has failed to condemn their actions, as illustrated by the watered-down version of Congress’s resolution against all forms of hatred.

Socialist presidential candidate Bernie Sanders, takes his cues from professional antisemitic and anti-Israel activist surrogate Linda Sarsour and has suggested that, if elected, to “quid pro quo” Israel into submission by withholding US aid until Israel bows to Palestinian demands — which would endanger the survival of Israel.