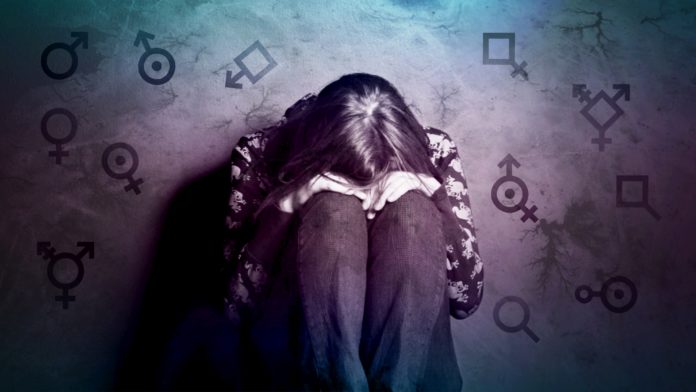 On Thursday, Republicans in Alabama took a key step in their quest to protect children from hormone blockers and transgender surgeries, when state senators approved a bill seeking to criminalize medical professionals prescribing or advising such drastic transgender medical intervention.

According to The Washington Times, Republican Sen. Shay Shelnutt’s bill, called the Vulnerable Child Compassion and Protection Act, seeks to “make it a felony for doctors and other medical providers to prescribe hormone blockers or surgeries for minors seeking to treat gender dysphoria.”

“I just don’t think, and others don’t think, that kids should be given experimental drugs or surgeries that could have irreversible consequences for the rest of their life,” Sen. Shelnutt told local reporters.

“Kids are not fully developed until later in life,” the Republican added. “I think we can all agree that kids aren’t capable of making certain decisions until certain ages. And so we want to just stop these procedures from happening in Alabama.”

The bill, which overwhelmingly passed in the state Senate, is soon headed to Alabama’s House of Representatives.

Alabama’s Republican Governor Kay Ivey has yet to indicate her intention on signing the bill if it were to pass the House.

Ivey earned praise from conservatives and scorn from feminists last year when she signed a robust pro-life bill, the Alabama Human Life Protection Act, banning nearly all elective abortions within the state.

Rep. Wes Allen, a Republican serving in the Alabama House, fumed over the reality that children are being prescribed hormone blockers within the state.

“I was shocked when I found out doctors in Alabama were prescribing these types of drugs to children,” Allen said in a statement, the Times noted. “This is something you hear about happening in California or New York but it is happening right here in Alabama and it’s time we put a stop to that practice.”

According to the Mayo Clinic’s website, giving a child hormone blockers to delay puberty is a “big step” that could effect their fertility.

“In those identified as male at birth, GnRH analogues decrease the growth of facial and body hair, prevent voice deepening, and limit the growth of genitalia,” the clinic’s site outlines, adding that the “treatment limits or stops breast development and delays or stops menstruation” for biological females.

Under “side effects” and “complications,” the site lists:

Possible side effects of GnRH analogue treatment include:

Use of GnRH analogues might also have long-term effects on:

As highlighted by The Federalist, endocrinologist Michael Laidlaw has warned that puberty blockers “interfere with the expected increase in bone density in adolescence such that the bones are not as strong as they would be had normal pubertal development been allowed. This is due to the effect of dropping sex hormone levels to subnormal levels. These lost years of bone development cannot be regained.”

“Under the traditional treatment for gender dysphoria, which involves ‘watchful waiting or pursuit of family and individual psychotherapy,’ between 80 and 95 percent of adolescent patients outgrow their dysphoria naturally,” The Federalist added.