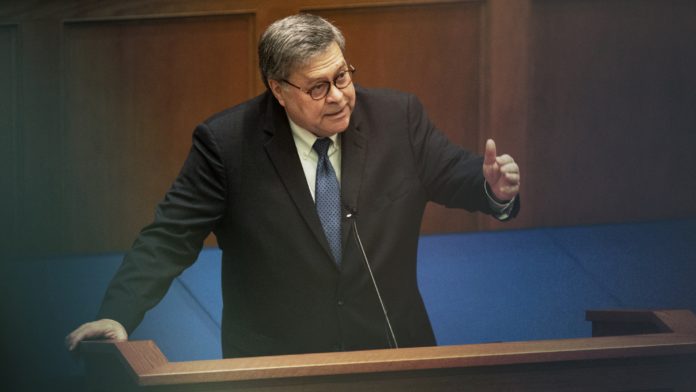 Attorney General William Barr blasted “militant secularists” and their attacks on Judeo-Christian values in a blistering speech at Notre Dame Friday, saying “religion has been under increasing attack” over the past five decades.

“Among the militant secularists are many so-called progressives,” he said. “But where is the progress? We are told we are living in a post-Christian era, but what has replaced the Judeo-Christian moral system? What is it that can fill the spiritual void in the hearts of the individual person? And what is the system of values that can sustain human social life?”

Barr contends that many of society’s ills are caused because of the breakdown of religion in society.

“This is not decay,” he said. “This is organized destruction. Secular forces and their allies have marshaled all the forces of mass communication, popular culture, the entertainment industry, and academia, in an unremitting assault on religion and traditional values.”

Barr said “ground zero” for the attacks is the schools, pointing to New Jersey’s passage of a law requiring public schools to adopt LGBT curriculum.

Barr said the Trump administration “firmly supports” religious freedom. Then he made a promise to those in attendance.

“I can assure you that as long as I am attorney general, the Department of Justice will be at the forefront of this effort, ready to fight for the most cherished of all American liberties: the freedom to live according to our faith,” he concluded.