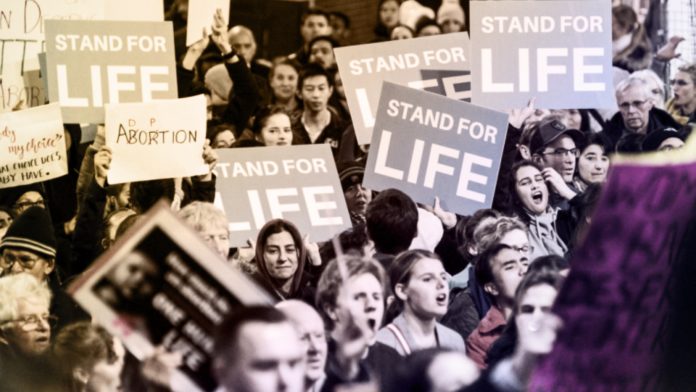 After more than two weeks of debate, the New South Wales parliament voted to pass the Abortion Law Reform Act 2019. The bill decriminalizes abortion and makes terminations available to women up to 22 weeks into their pregnancy without having to prove their mental or physical health will be impacted if they continue the pregnancy, the BBC reports.

After 22 weeks, pregnant women seeking an abortion will need two specialist medical practitioners to sign off on the procedure.

The bill overturned a 119-year-old law that made it a criminal offense to obtain or administer an abortion. Previously, abortions were only legal in Australia’s most populous state if a doctor deemed there was “serious risk” to a woman’s physical or mental health if she carried her baby to term. “Unlawful abortion” was previously listed in the Crimes Act and carried a possible penalty of 10 years in prison for a woman who administered her own abortion.

The bill’s passage means that abortion is now decriminalized everywhere in Australia, apart from the state of South Australia, where abortions are legal for some medical reasons.

On Twitter, Labor MP Penny Sharpe, co-sponsor of the bill, praised the move as a “massive step forward for women & other pregnant people” that came “not a minute too soon.”

Religious and pro-life organizations have voiced their dismay over the decision. The Roman Catholic Archbishop of Sydney, Anthony Fisher, said it was a “dark day” for the state and called it “a defeat for humanity.”

“The Abortion Law Reform Act 2019 may be the worst law passed in New South Wales in modern times, because it represents such a dramatic abdication of responsibility to protect the most vulnerable members of our community,” he said in a statement posted on social media.

“Since the abolition of capital punishment in New South Wales in 1955, this is the only deliberate killing ever legalized in our state.”

Fisher said that although abortion is legal, the church’s “commitment to life continues.”

“Care for pregnant women, new mothers and their babies will still be available through church agencies and pro-life organizations,” he said.

“The Catholic Church, other Christian churches, people of other faiths and women and men of goodwill will continue to work together to turn our culture around, so that every vulnerable woman and baby is supported and abortion becomes unthinkable.”

Fisher thanked the members of parliament who opposed the bill, along with members of the public who prayed and spoke out against the law. He encouraged Catholics to pray and work for pro-life leaders “so that every vulnerable woman and baby is supported and abortion is unthinkable.”

“We can still put an end to the scourge of abortion in this state by making it unnecessary, no matter what the law says,” the archbishop said.

Cherish Life Queensland Executive Director Teeshan Johnson said she grieved the passing of the bill, calling it a “gross injustice for the unborn and betrayal by the so-called conservative side of politics,” Catholic Leader reports.

“While the abortion lobby and its vested interests will be applauding this drastic move, the general public would be shocked if it realized what has been endorsed by a select few,” she said.

“We will be making sure everyone comes to know what those in the abortion movement have imposed upon our country over the last decade or so. We will now start a widespread education and advertising campaign to expose this dark industry and its insidious ties.”

On Twitter, Right to Life Australia warned that the bill “unlocks floodgates to late term abortions & will  increase the tide of abortions in Australia today.”

“Remember every abortion kills a baby,” the group said. “What is happening to this nation when the most vulnerable, the most precious & the voiceless unborn are at the mercy of a vote in a Parliament? The NSW community said a resounding no to abortion.  We will continue to fight to uphold the sanctity of human life.”

While it is unclear how many abortions are performed each year in Australia, government figures from 2005 estimated that about 80,000 women a year obtained the procedure. However, that number has probably dropped closer to 60,000 in recent years, according to a report from the Australian Broadcasting Corporation.