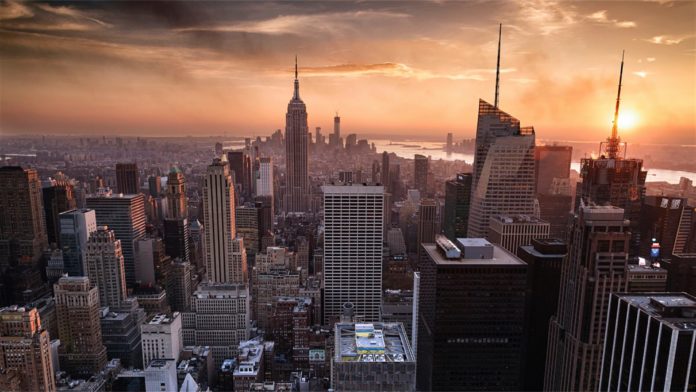 The year 2019 wraps up as one of the most anti-Semitic in the recent history of New York City — capped off by a slew of hate crimes occurring over the celebration of Chanukah and even extending into the nascent new year.

In just over a week, nine incidents were perpetrated against Jews in the greater New York area, among them a machete-wielding attacker injuring five individuals at a suburban Monsey Chanukah celebration, a shooting threat at a Jewish organization’s headquarters in Brooklyn, and a Hasidic man punched and thrown to the ground by a group of thugs. At least 13 anti-Semitic assaults have been reported in New York City just since December 23.

The year 2018 saw anti-Semitic assaults in New York proliferate yet again, this time by an order of 55% — all of that just within the five boroughs. And yet again, in 2019, anti-Semitism accounted for considerably over half of all hate crimes perpetrated in the city.

Nationally, similar patterns arise, with anti-Semitism consistently ranking as the most prominent form of religious discrimination, but the unenviable ascent of anti-Semitism in New York City remains unparalleled in any other big city.

And the logic for the rapid rise in New York City-based Jew-hatred lies, in no small part, with the leadership and neglectful inaction by Mayor Bill de Blasio. Unsurprisingly, the overwhelming narrative surrounding any form of discrimination — anti-Semitism chief among them — in New York City places blame squarely with those on the far-right. Ironic, perhaps, given that New York City consistently ranks among the most liberal urban areas globally, that the far-right might hold sway there. Nonetheless, de Blasio trudges forward, claiming last summer that “the violent threat, the threat that is ideological, is very much from the Right.”

Sadly, the vast majority of the recent anti-Semitic attacks have been perpetrated by black and Hispanic individuals and in some of the most liberal enclaves of an already left-leaning city. In the first four months of 2019, with anti-Semitic hate crimes on pace to increase by 82% from 2018, de Blasio denied City Council Speaker Corey Johnson’s request for a fully-funded Office of Prevention of Hate Crimes. Speaker Johnson noted, at the time, that the funding necessary for a fully functional office would nearly double in the 2020 fiscal year, yet de Blasio has shown no intention to allocate any additional funds.

Beyond budgeting shortfalls, New York City’s criminal and bail reform practices have demonstrably returned virulent anti-Semites to the street without bail set. Thirty-year-old Tiffany Harris, responsible for the aggravated assault of three Jewish individuals last week, was released from police custody without bail following the first assault, only to commit the same heinous act twice more — a day later. She was again released with no bail. A policy enacted for the new year disqualifies swaths of crimes from being eligible for bail altogether in New York state. The laundry list of now-disqualified crimes includes third-degree assault, forms of aggravated assault, terrorist threats, arson in the third- and fourth-degrees, and even second-degree manslaughter. These crimes are often the direct criminal behaviors that have been taking place against Jews.

Tangible solutions and an end to the public safety crisis faced by Jews won’t come about by denying the realities of the situation. Pragmatically, significant fault lies with de Blasio himself and the state legislature, due to enacting poorly conceived policies and deflecting responsibility for the attacks to a preferred ideological foe.