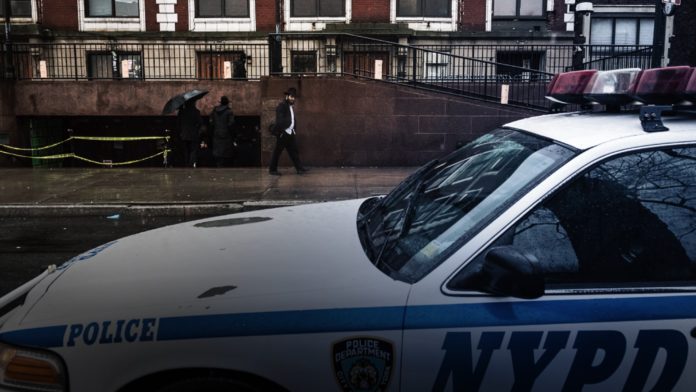 The victims, aged 22-31, were attacked with anti-Semitic shouts and violence while walking at approximately 1:00a.m. on Kingston Avenue in Brooklyn’s Crown Heights neighborhood.

Tiffany Harris, 30, has been named as the attacker and was arrested a few hours after the incident. According to eyewitnesses, she screamed anti-Semitic curses, including, “F you Jews!” and struck the three young women on their heads and faces before leaving the scene.

Harris has been charged with harassment and committing a hate crime.

In a separate incident approximately six hours later, an African-American male entered “770,” the Chabad-Lubavitch headquarters, and announced that he would “shoot up the place and kill everyone,” COLLIVE reported. He then left the premises but was followed to Utica Station.

After meeting with Chabad leaders near the scene of the attack, de Blasio said: “We see hate rearing its very ugly head here in Brooklyn. We do not accept it, we do not allow it.”

On Thursday, a Jewish woman was assaulted in Brooklyn’s Gravesend neighborhood by a 42-year-old local who shouted an anti-Semitic slur and beat her on the head with her bag. The victim had been walking with her 3-year-old son at the time of the attack.