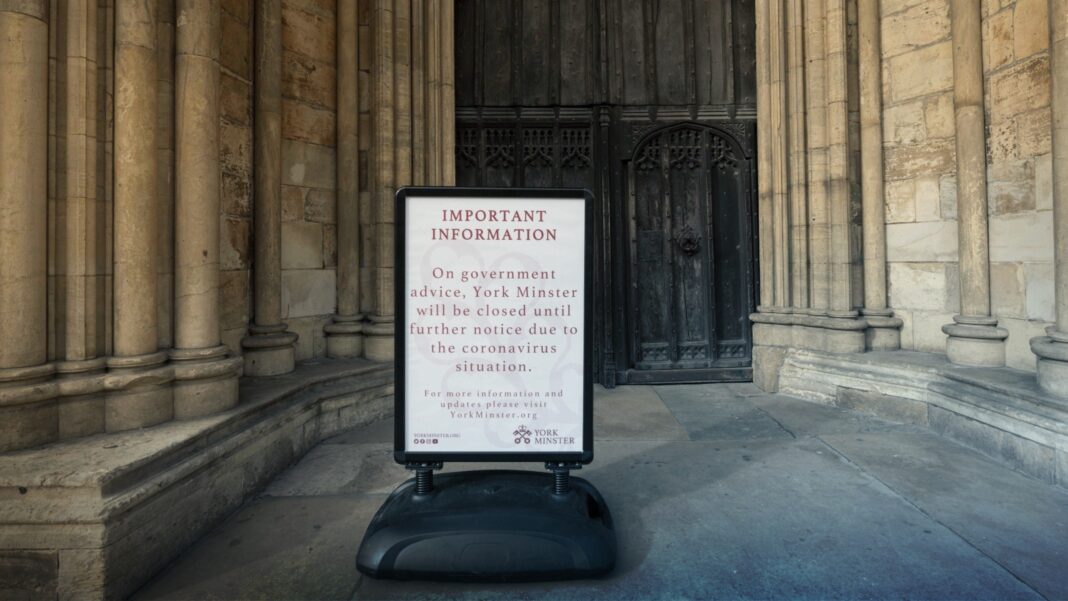 More than 100 church leaders are taking legal action against the English and Welsh government for forcing houses of worship to cease in-person Sunday services due to another COVID-19 lockdown.

The pastors say the restrictions on public worship violate Article 9 of the Human Rights Act on the freedom to express religious beliefs.

The Christian Legal Centre represents the group and argues that these actions by both governments prevent worship while still leaving religious locations open for secular activities.

“The English and Welsh Governments have now introduced two successive sets of lockdown measures which have completely prohibited and criminalised public communal worship, a core aspect of religious life for the Claimants and their congregations,” the claim reads. “With these measures, the Governments have inflicted a terrible human cost, without rigorous consideration of less onerous restrictions, and as part of a package which leaves places of worship open for secular activities.”

Places of worship were ordered to shut down in March, then allowed to reopen in June to begin holding socially distanced public services. The latest lockdown only permits churches to be open for small funerals and individual prayer.

But the church leaders say canceling Sunday services again is unreasonable because houses of worship have implemented procedures that comply with COVID-19 guidelines that reduce the risk of spreading the virus.

Pastor Ade Omooba MBE, who is leading the court challenge, said, “We have been left with no alternative but to pursue a judicial review on this crucial issue and at this significant moment for the freedom to worship in church in this country. We call on the government to recognise the vital importance of church ministry and the principle of church autonomy from the state.”

And the former Bishop of Rochester, Michael Nazir-Ali, emphasized that pastors recognize the dangers associated with the pandemic but defending religious liberty is paramount.

“The principle of the freedom of worship needs to be maintained and churches have been assiduous in maintaining safety in buildings and among worshippers,” he said. “There is widespread unease among many church leaders about the lack of evidence and consultation regarding the ban on collective worship.

“Church leaders see collective worship not as an optional extra but as vital to the mental and spiritual health of believers, especially for the lonely and vulnerable.”

Some government officials, who have discussed COVID restrictions throughout the pandemic, wrote to the British Prime Minister Boris Johnson to point out that there is no scientific evidence that justifies canceling in-person services again, considering the measures that churches have taken to remain safe.

“My concern is the government today making it illegal to conduct an act of public worship for the best of intentions, sets a precedent that could be misused for a government in the future with the worst of intentions. It has unintended consequences,” she said.