Will Graham: What is Truth? 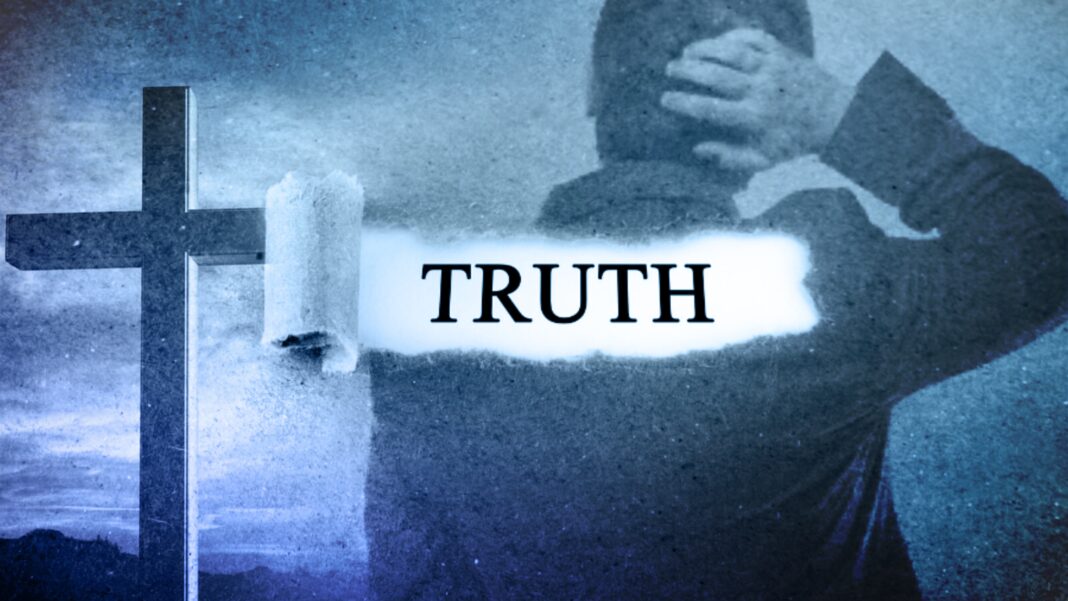 “What is truth?” This was the question that Pontius Pilate asked Jesus in John 18:38. It’s such a pivotal, eternity-altering question that I have this page marked in my Bible so I can find it immediately.

There’s a strong sentiment in the modern age—though it has been around since the beginning of time—that truth is relative. In other words, truth for you is not necessarily truth for me. For instance, if I believe the world is flat, that’s my truth. Questioning my truth would be considered intolerant and would infringe on my rights, at least according to today’s accepted norms.

There are two problems with that line of thinking:

First, it reduces truth to nothing more than an opinion. Truth becomes something that can be tossed in the wind—riding whims of emotion—changing based upon how one feels on any given day. There is no anchor tying the truth to anything but human perspective. Sadly, this is an issue in the greater society, but also among Christians and in our churches today.

Second, believing that you are the author of truth elevates you to a divine level beyond our human nature. Our broken earthly vessels are inadequate, and we have no heavenly authority to create our own truth. “The natural person does not accept the things of the Spirit of God, for they are folly to him, and he is not able to understand them because they are spiritually discerned” (1 Corinthians 2:14).

Now, to be certain, there are religions and secular belief systems that wholeheartedly endorse these two views. While I referred to them as problems, others embrace them as essential values. For instance, the term namaste (often tied to the practice of yoga) can be translated to “the divine in me bows to the divine in you.” If I’m divine, and you’re divine, then it is well within our divine nature to declare our own personal truth.

However, the Bible has a lot to say about truth that directly contradicts much of what the world—and other religions and belief systems—have to say about the matter.

gs that are to come.” In other words, all truth comes from God, because He personifies truth. As we delve into His Word and are attentive to the Holy Spirit, we can and should know The Truth.

Second, the truth won’t always be popular. It can be offensive because it tells us what’s wrong with us. Imagine going to the doctor and being told you have cancer. You may not like it—you can disagree and get angry—but it’s the truth, and ignoring it can lead to death.

In Galatians 4, Paul addresses the church in Galatia to whom he had previously ministered. He confronts them with the fact that, though they claim to know God, they are turning back to the things of the world. He then says, “Have I then become your enemy by telling you the truth?” (Galatians 4:16). Paul was willing to stand up when he saw believers compromising, even if it brought conflict with those he considered friends.

In the church today, we have many pastors and Christians who don’t want to offend others with the truth, but the importance of proclaiming it has eternal consequences.

Finally, why is it important to proclaim the truth as set forth in the Bible? Because the truth will set you free. “So Jesus said to the Jews who had believed him, ‘If you abide in my word, you are truly my disciples, and you will know the truth, and the truth will set you free’” (John 8:31-32). Jesus goes on to say that those who are in sin are slaves to sin, but those who find hope in Him are released from that bondage. “So if the Son sets you free, you will be free indeed” (John 8:36).

What is truth? Is it found in the words of the media or politicians? Is it encompassed in dozens of social media memes? Is it discovered through meditation and religion?

No, my friends. What is Truth? Truth is Jesus Christ, His death and resurrection. Truth is the Word of God, the Bible. Truth may not be popular, especially in 2020, but Truth will set you free!