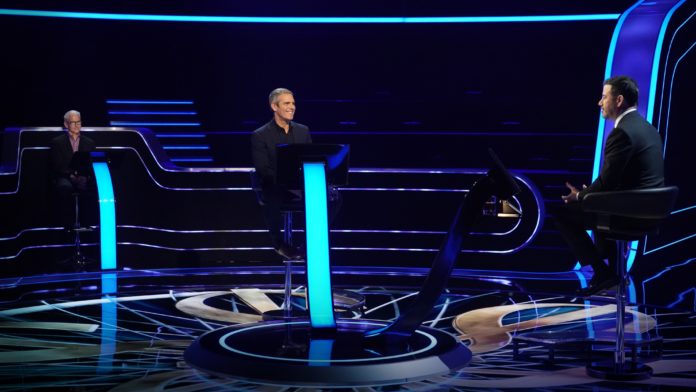 Another one of America’s favorite game shows is jumping on the “fund the abortion industry” bandwagon.

On Thursday, a special celebrity episode of “Who Wants to Be a Millionaire” will feature CNN anchor Anderson Cooper and talk show host Andy Cohen playing for charity, according to The Streamable.

One of those charities is the billion-dollar abortion chain Planned Parenthood, which aborted more than 345,000 unborn babies last year. Cohen appears to be the one who chose the abortion group as his charity, based on an Entertainment Weekly report, while Cooper apparently chose the Spike’s K9 Fund.

The show is scheduled to air at 8 p.m. Eastern Time, and Jimmy Kimmel is the host. “Who Wants to Be a Millionaire” is in its 20th season.

Just a few weeks ago, the “Price Is Right” hosted a similar celebrity edition where drag queen RuPaul played and raised $100,000 for Planned Parenthood.

The abortion chain does not need any celebrity support, and it does not really help women. Its most recent annual report recorded 345,627 abortions and $1.6 billion in revenue.

According to a recent Heritage Foundation analysis of its annual reports since 2006, Planned Parenthood has been doing more abortions and fewer actual health services. Its cancer screenings are way down, and even its contraception numbers have been dropping steadily. These drops in services are not for a lack of funds. The abortion chain has posted record $1 billion-plus revenues in the past several years.

Planned Parenthood is primarily an abortion business, and its own leaders have admitted as much. In 2019, former CEO Leana Wen told BuzzFeed News that abortions are Planned Parenthood’s “core mission.”

The abortion chain also has been caught up in numerous scandals, including allegedly selling aborted baby body parts for profit, discriminating against pregnant employees, Medicaid fraud, botched abortions and more. Most recently, Planned Parenthood reaped in about $80 million in taxpayer dollars that were supposed to help small businesses that are hurting because of the coronavirus shutdowns.

Why Planned Parenthood is such a huge cause among celebrities is a mystery. There are so many worthy, non-controversial organizations that serve people in need and help better our world. But many celebrities choose to support a billion-dollar non-profit that kills unborn babies instead.