US: Serbia to designate Hezbollah entirely as a terror organization 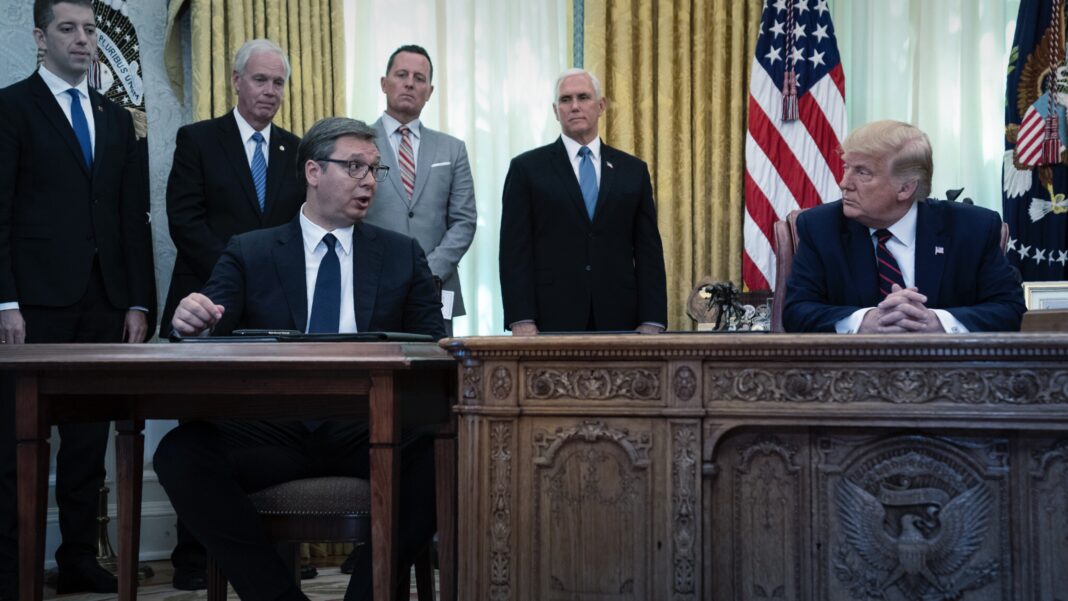 The United States on Sunday welcomed Serbia’s decision to designate Hezbollah in its entirety as a terrorist organization. It called on the European Union to follow suit by making a similar declaration with regard to the group’s political arm.

“Serbia’s announcement that it will designate [Hezbollah] as a terrorist organization in its entirety is another significant step limiting this Iranian-backed terrorist group’s ability to operate in Europe,” US Secretary of State Mike Pompeo said.

Both Kosovo and Serbia had committed to this action as part of the US-brokered economic understanding between them signed at the White House earlier this month. Kosovo had already done so in June, but Serbia had yet to take this step.

“This important action was announced as part of the historic commitments President [Donald] Trump secured on a wide range of economic normalization issues between Serbia and Kosovo, coupled with the steps both nations are taking to help achieve peace in the Middle East,” Pompeo said.

Both Israel and the US have campaigned internationally to urge countries to so designate both wings of Hezbollah.

The EU has recognized Hezbollah’s military wing as a terrorist organization but has not made a similar statement with regard to its political wing.

Germany, Lithuania, the Netherlands and the UK have condemned the entire Hezbollah organization. Serbia has now joined this group of EU nations in declaring both the political and military wings of Hezbollah as terrorist groups, according to the US.

“The United States continues to call on the European Union and European nations to designate or ban [Hezbollah] in its entirety and recognize the reality that it is a terrorist organization root and branch with no distinction between its so-called ‘military’ and ‘political’ wings,” Pompeo said.

“We urge all countries in Europe and elsewhere to take whatever action they can to prevent [Hezbollah] operatives, recruiters and financiers from operating on their territories,” he said.

“There is no doubt that the dominoes are falling on [Hezbollah’s] European operations, where it has continued to plot terrorist attacks, procure military technology and raise much-needed funding,” Pompeo said.

He also tweeted about Serbia and Hezbollah. Serbian President Aleksander Vucic, who was in Washington earlier this month, retweeted Pompeo’s words about Hezbollah.