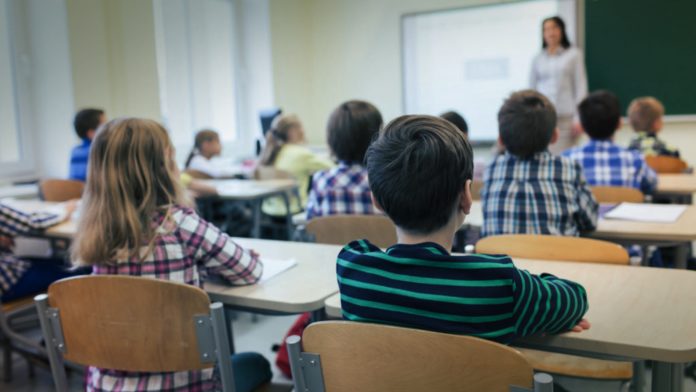 According to Britain’s The JC newspaper, a report by UK Lawyers for Israel (UKLFI) said there was “misleading and confusing content” in the textbook, written by Steve Waugh and John Wright, and titled “Conflict in the Middle East 1945-95.”

The source also refers to ancient Israel “Palestine,” which was not its name until the Roman conquered it in the first century BCE.

UKLFI stated it was informed by Hodder that the publisher had “decided to remove the book from sale and will reconsider its future” after UKLFI claimed that the book “frequently refers to Jewish terrorists when their actions were against military targets.”

“It is very important that children learning about this complex subject are taught in a balanced and accurate manner,” UKLFI director Caroline Turner told The JC. “We are pleased that another misleading and inaccurate school textbook, purporting to teach about Middle East history, is being withdrawn and reconsidered.”

This follows the withdrawal in February of another Hodder Education title, “Understanding History: Key Stage 3: Britain in the Wider World, Roman Times–Present,” which suggested that Israel may have been a “long-term cause” of the 9/11 attacks.