In March, just before the United Kingdom’s coronavirus lockdown began, a notice appeared on the U.K.’s Department for Health and Social Care Twitter page introducing the implementation of telemedicine abortions.

Yet just a few hours later, the government reversed course, claiming the information was “published in error.” And U.K. Health Secretary Matthew Hancock shortly followed with a statement in Parliament categorically denying any plans to change the 1967 Abortion Act.

Then a few days later, in another reversal, DHSC officially approved temporary legislation to ensure at-home access to so-called medical abortion during the coronavirus pandemic. Women up to 10 weeks pregnant are now permitted to take abortion pills at home after a telephone or e-consultation with a doctor.

The government originally said that legislation would remain in place for two years or until the COVID-19 crisis recedes. But now researchers have published a paper calling for the changes to be made permanent.

Christian Concern’s legal challenge was initially rejected by the High Court of Justice. However, the Court of Appeal reversed that decision on June 29 and agreed to hold a public consultation to decide whether or not to overturn the at-home abortion legislation.

“We are for the women, trying to point out legitimate concerns about telemedicine services related to legal compliance, client safety and quality of care,” said Andrea Williams, chief executive of Christian Concern, in a statement. “These women need better client-centered counselling and a face-to-face consultation in which they can be assessed by a service provider before giving their consent to this procedure. A rushed telephone call, by voice only, is not the quality of care which these women deserve.”

Although a public hearing has been granted, it was announced on July 6 that the meeting has been delayed, and the U.K. government has decided that the current measures will be kept in place until the public consultation has concluded and a decision has been made.

“The government should never have promised to keep entirely at-home abortions going until a consultation has taken place,” Williams said.

“The system is wide open to abuse from abusers, pimps and human traffickers,” she warned.

Williams suggests that clinic visits and ultrasound assessments be reintroduced as part of pregnancy care now that lockdown is over and coronavirus restrictions are easing.

“Abortion pills through the post is a system that needs to be stopped immediately and a thorough investigation needs to occur around the legality and practices of the two major abortion providers in the U.K.,” she added.

While some pro-life advocates are celebrating the opportunity for a public consultation, Alithea Williams, political assistant for the Society for Protection of Unborn Children (SPUC), cautioned that the government could easily use the consultation to push through its own pro-abortion agenda.

“The announcement of a consultation on making the temporary home abortions regime permanent is very concerning,” she said. “We have already seen ample evidence that this practice is impossible to regulate, and is not safe for women, especially the most vulnerable. A consultation will not lessen the dangers of DIY abortions.

“We have too much experience of government consultations on pro-life matters which result in little evidence that pro-life concerns have been heard.

“But we will continue to make our voices heard—lives are at stake,” she stated. 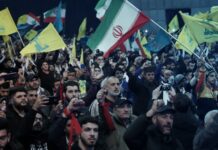