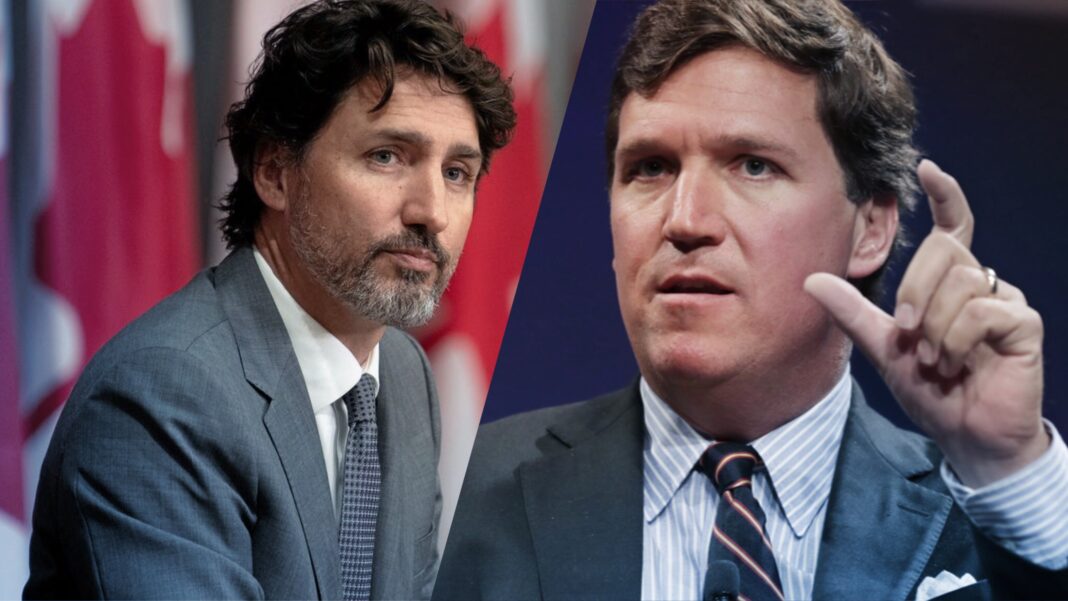 “Trudeau’s internment policy has been in place since last month and as far as we can tell no major US network has even mentioned it, and neither has our State Department which ordinarily seems to exist to make unhappy noises about human rights violations around the world but not a word about Canada.”

The program focused largely on a tweet by Trudeau where he announced that it was “not optional” for travellers to quarantine in government facilities should their coronavirus tests come back positive.

Carlson also made mention of Conservative Party MP Michelle Rempel who criticized the government’s handling of the federal quarantine program after two women were sexually assaulted while under government supervision.

“Suddenly Canada is a flagrant violator of the most basic human rights. Fail a COVID test and they will lock you up without trial. And go ahead and try to disobey, according to the Canadian government, anyone who attempts to avoid these rules (detention in a government internment facility for example) could face a million dollar fine and three years in prison,” said Carlson.

“This is Justin Trudeau’s Canada. It’s funny – Trudeau always seemed like a cheerful idiot: wearing weird costumes and yammering on about diversity. Who knew he was Mussolini?”

During a House of Commons public safety committee in March, the federal government admitted that it relied upon “incomplete data” regarding the effectiveness of mandatory hotel quarantines as opposed to at-home quarantines.

“I will just say this, the data is incomplete internationally. We are as a world trying to figure out what the best approach is to prevent the importation of COVID-19, the combination of quarantine and testing and it is under study,” Hajdu said on March 10.