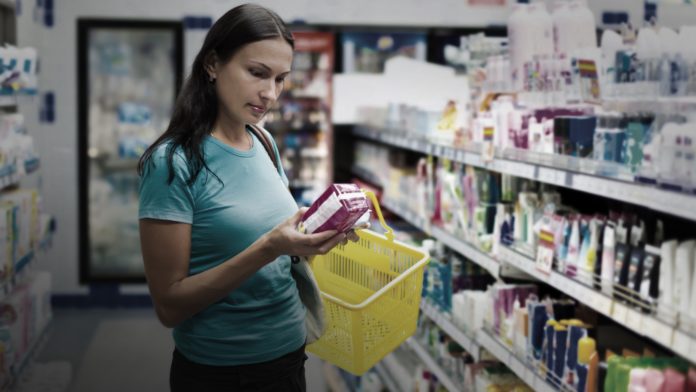 Romans 1:22 KJV – “Professing themselves to be wise, they became fools”

Procter & Gamble, the company that manufactures the feminine products, bowed to the transgender lobby when a transgender activist named Ben Saunders allegedly complained about the company’s use of the symbol in June.

Saunders posted the brand’s reply to Twitter, which reportedly read, “We are glad to inform you that as of December we will use a wrapper design without the feminine symbol.”

In July, another transgender activist who goes by the name Melly Bloom online asked the always brand on Twitter why it was “imperative” that the symbol be used on their product’s wrappers.

Bloom’s tweet reportedly said “There are non-binary and trans folks who still need to use your products too you know!”

The Always public relations team said the gender-neutral products will hit shelves in January of next year, According to the Daily Wire.

Proctor & Gamble issued a statement that said the company will continue to champion girls and women through the designs of their products.

We’re also committed to diversity and inclusion, and after hearing from many people across genders and age groups, we realised that not everyone who has a period and needs to use a pad identifies as female. To ensure that anyone who needs to use a period product feels comfortable in doing so with Always, we updated our pad wrapper design.

Our mission remains to ensure no girl loses confidence at puberty because of her gender or period and we do this through our puberty education programs, by providing access to period products with programs such as #EndPeriodPoverty, and by using our brand voice to tackle societal barriers and stigmas like we did with #LikeAGirl.

However, feminist campaigner Julie Bindel said removing the symbol from the packaging is essentially “denying the existence of women” and wrote Monday that she is upset by the company’s decision to do so:

“We’re now moving towards the total elimination of women’s biology,” she commented. “The women’s symbol has been used by feminists for decades. This is pure cowardice and virtue signalling from these big corporate brands who are capitulating to the trans agenda.”