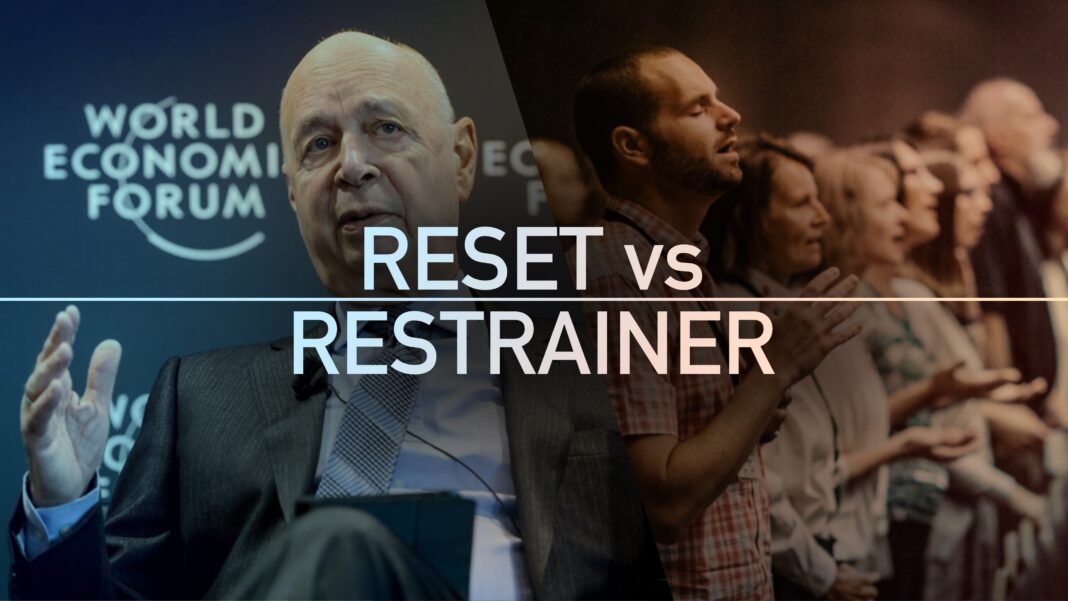 There should be no question now in spiritually attuned minds of Bible prophecy students. The principalities and powers in high places of Ephesians 6: 12 are in full throttle mode. They intend to use this presidential election theft to galvanize their one-world tower building effort.

Global warming didn’t do it. Following that lie, the climate change ruse hasn’t done it. Now, with more than four years of inflicting every sort of prevarication and coup d’état attempt by the globalist wickedness, they are all in for changing Planet Earth into their own Utopian concept. At the heart of that blueprint is the term we’ve heard over and over since the 2020 presidential campaign in the U.S. began.

The Great Reset is thrusting ahead into 2021, seemingly unstoppable while it threatens to pierce the fabric of culture and society the founding fathers wove together so carefully back in 1776. They have corrupted this God-blessed republic through fraud and deceit that is itself prophetic in nature (read Jesus’ first prophetic words as recorded in Matthew chapter 24).  They have, with Lucifer-inspired cleverness, possibly put the political party and the presidential placeholder into office that will, when the blueprint is come to fruition, dissolve American sovereignty, tear down borders, and bring this nation’s great assets into the globalist coffers, just as has been their goal for decades.

I use the word “possibly” because as of this writing there remains room for the God who brought into existence this republic time to perform yet another miracle. –One like He performed in the 2016 presidential election, in my estimation.

And, certainly, it will take a miracle directly from Heaven. Prospects, from the human view of the way things are shaped at this time, are less than good that Mr. Trump will get a second term.

Thoughts of The Great Reset has all of the pundits on the other side positively giddy. –And that consists of the vast majority of those who make up America’s political, news media, and business elite who anticipate Mr. Biden taking the oath of office on January 20.

While the following is more lengthy than the excerpts I prefer to include in commentaries, I thought this portion of a superb article on the matter of The Great Reset is something that will explain what the nation faces.

[A WEV video stated that] the brainchild of the World Economic Forum [WEV,] a globalist group of powerful Deep State elites that meets every year in the Swiss ski-resort town of Davos, is the “Great Reset” aims to fundamentally reengineer industries, societies, education, agriculture, relationships, and even human beings. Its advocates are openly saying as much, with WEF boss Klaus Schwab declaring that “all aspects of our societies and economies” need to be “revamped.” Even “our thinking and behavior” will have to dramatically shift, he said. A WEF statement marketing the controversial scheme also calls for a “new social contract” centered on “social justice.”

“Every country, from the United States to China, must participate, and every industry, from oil and gas to tech, must be transformed,” added Schwab, calling for even “stronger and more effective” government, without explaining what might happen to those that refuse. “We must build entirely new foundations for our economic and social systems.” And there is no other choice but to submit, he and others declared.

In his book on COVID and the Great Re*set, Schwab also vowed that life would “never” return to “normal.” “The world as we knew it in the early months of 2020 is no more, dissolved in the context of the pandemic,” he said, adding that the looming changes are so huge that some are now speaking of “before coronavirus” (BC) and “after coronavirus” (AC) eras.

The changes will be systemic. “The COVID19 crisis has shown us that our old systems are not fit anymore for the 21st century,” Schwab declared in his speech unveiling the Great Re*set in June. Beyond just social systems, Schwab also called a change in “mindsets” the “most important” issue. “We have to … bring our thinking and behavior once more into harmony with nature,” he said. Read that again: Even your thinking and behavior is in the global elites’ cross hairs. “Now is the historical moment — the time — not only to fight the virus, but to shape the system for the post-corona era,” he added. [The Great Reset, thenewamerican.com, by Alex Newman, December 29, 2020]

To understand the dangers of this blueprint, we have only to consider that the Chinese Communist government is wholeheartedly signed on to the WEV plans to establish this Great Reset. Chinese dictatorXi Jinping is one of the most applauded leaders when the WEV meets. This brings into focus the almost certainty that the Coronavirus (often called the Chinese Virus) has been instrumental in galvanizing the efforts to bring America down and establish the globalist elites’ Utopian dream.

The Great Reset, no matter the planning by those who believe they are superior to not only everyone else on earth, but superior to God, Himself, can’t proceed without that very God’s permission. They, like their father, Lucifer the fallen one, have determined to put their throne above the Throne of the Almighty.  Their neo-Tower of Babel won’t be completed as long as the Restraineris on this fallen planet. The Holy Spirit, Who resides within each believer in Jesus Christ, will hold back their devilish plans until He removes all believers to Heaven.

In the supernatural battle of Reset vs Restrainer, the winning strategy is firmly held only in the mind of God. This should give everyone who names the name of Jesus Christ great comfort. I know it does me.