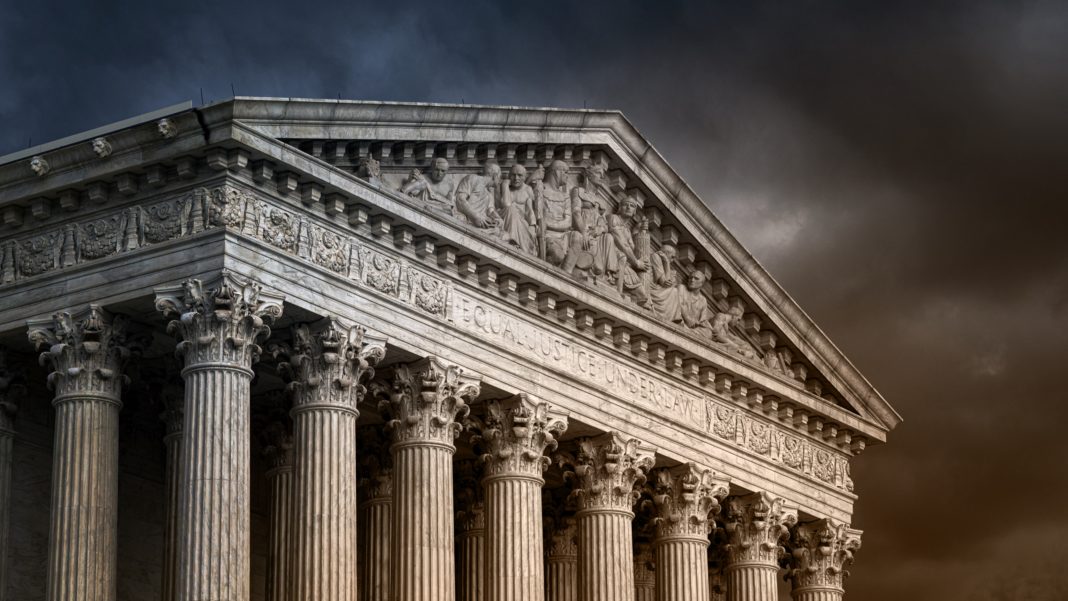 The U.S. Supreme Court on Friday evening rejected the state of Texas’ challenge to the 2020 election results in four battleground states, extinguishing one of the last remaining hopes for President Trump’s campaign to reverse Joe Biden’s lead in those states.

“The State of Texas’s motion for leave to file a bill of complaint is denied for lack of standing under Article III of the Constitution,” the justices ruled. “Texas has not demonstrated a judicially cognizable interest in the manner in which another State conducts its elections. All other pending motions are dismissed as moot.”

“In my view, we do not have discretion to deny the filing of a bill of complaint in a case that falls within our original jurisdiction,” Alito wrote. “…I would therefore grant the motion to file the bill of complaint but would not grant other relief, and I express no view on any other issue.”