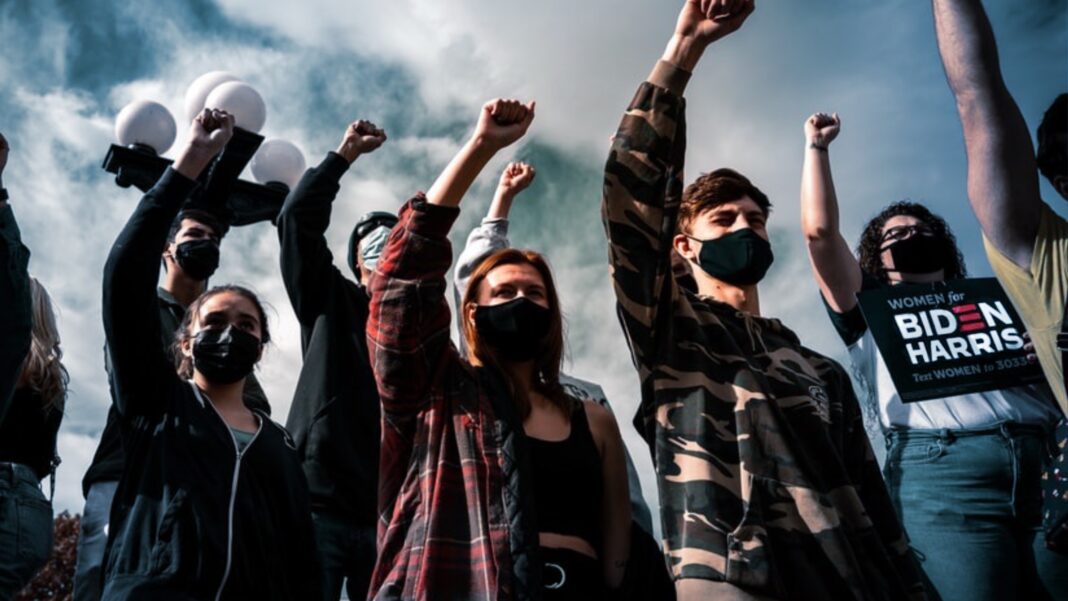 New poll results were released this week showing only 30% of Biden Harris voters believe the Bible “is the actual or inspired Word of God.” One takeaway is most Democrats, specifically those who voted for Joe Biden, reject absolute truth and basic Christian teachings including God being Creator, and Jesus being the Savior.

And as we celebrated the resurrection of Jesus, a U.S. Senator who was a Reverend in Atlanta said people can save themselves. It’s no surprise Democrat leaders and Biden voters are more likely to support abortion, transgender surgeries, socialism, and radical liberal policies on sexuality. But this moral decay should be alarming.

The Cultural Research Center at Arizona Christian University (ACU) released a study examining the faith of Americans who voted for President Joe Biden. The report shows that nearly 80 percent of Biden’s support base believes that having some type of religious faith is more important than what the faith actually teaches.

George Barna is the director of the Center who conducted the study. He said rejecting God and truth is dangerous to the stability of America, and the further we drift from our spiritual foundations, “the less likely we are to have an effective vibrant government.”

But sadly, most Democrats in Congress are further left than ever in our political history.

One recently elected in Georgia is Senator Raphael Warnock. He said in an Easter tweet that people can save themselves, that basically, there’s no need for the sacrifice of Jesus on the cross. On a day Christians worldwide celebrated the true, living God, the resurrected Jesus Christ from the dead, he tweeted this:

“The meaning of Easter is more transcendent than the resurrection of Jesus Christ. Whether you are Christian or not, through a commitment to helping others we are able to save ourselves.”

After reactions from Americans who actually know what the Bible says, Warnock deleted the tweet. Author and lawyer, Jenna Ellis responded saying he deleted his heretical tweet,” and, “He should delete Reverend in front of his name too.” Agreed.

Apparently, Warnock is a social justice Reverend, and his apostate ideas are the result of liberation theology which minimizes the significance of the sacrifice, death, and resurrection of Jesus Christ. By the way, over 16K of his followers liked the tweet before it was removed.

These unbiblical ideas are right in line with mainstream Democrats because the Culture Resource Center poll revealed 72% of Biden voters believe “a person who is generally good, or does enough good things for others, will earn a place in Heaven.”

Jesus said no one is good except God alone, and whoever believes in Him can have everlasting life. So, can we really do enough good works to save ourselves without placing faith in Jesus?

Ephesians 2:4-5, 8-9 KJV – “But God, who is rich in mercy, for his great love wherewith he loved us, Even when we were dead in sins, hath quickened us together with Christ, (by grace ye are saved;)… For by grace are ye saved through faith; and that not of yourselves: it is the gift of God: Not of works, lest any man should boast.”

Why did Jesus have to die a horrific death if we could do anything to save ourselves? And yet, only 15% of Biden voters agree that confessing their sins and believing in Jesus Christ is the way to Heaven when they die.

This is revealing, but not surprising. But wait, there’s more!

Only 42 percent of Democrats approve of natural marriage between one man and one woman, nearly 70% say the Holy Spirit is not a real, living entity, and only 37% of Biden voters see God as “the all-powerful, all-knowing…creator of the universe.

A few more things. It might surprise you that 65% of Biden voters describe themselves as Christian, most (56%) see themselves as “spiritual but not religious,” and are not “deeply committed to practicing” their religion.

To sum it up, most Joe Biden voters held views that oppose the teachings of Christianity, and they voted for the most radical, anti-Christian administration in history. Since Democrats control all three branches of government, their words and policies should no longer surprise us.

“If our government denies the core principles on which it was founded — which were originally derived from the Bible — in favor of an inconsistent patchwork of modern philosophical preferences, the result will be chaos, constant disputes, and widespread dissatisfaction.”

I’ll take it a step further. Without resistance and pushback, the result will be division, glorified sin, and the destruction of our constitutional republic.