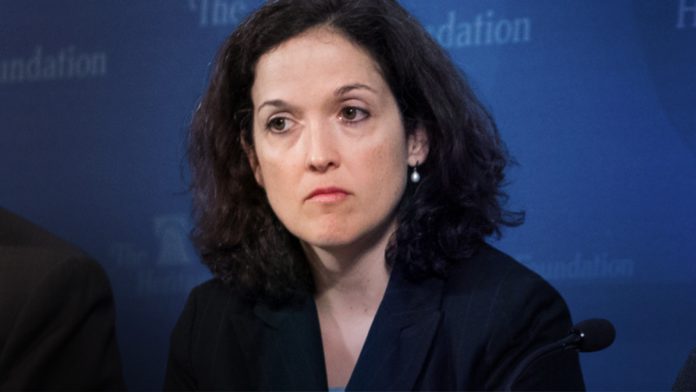 Nominated by President Donald Trump in August, Pitlyk will replace U.S. District Judge Catherine Perry in the Eastern District of Missouri. The U.S. Senate voted 49-44 to confirm her Wednesday afternoon. Sen. Susan Collins (R-Maine) was the only Republican to oppose her nomination, and no Senate Democrats broke ranks to support her.

“We congratulate Sarah Pitlyk on her well-deserved confirmation and are confident she will serve with distinction on the federal bench,” said Susan B. Anthony List President Marjorie Dannenfelser. “With her world-class education, extensive legal expertise, and commitment to fairness and integrity, we are pleased to see Ms. Pitlyk prevail over partisan obstruction.”

Andrew Bath, Thomas More Society executive vice president and general counsel, praised Pitlyk as a strong Constitutional conservative with a towering intellect. He said she will be a fair and wise judge.

“She’s done terrific legal work over the years on some of the Thomas More Society’s biggest cases, and that, together with her service as a law clerk for now U.S. Supreme Court Justice Brett Kavanaugh has prepared her well for her time on the bench,” Bath said.

According to a White House news release, Pitlyk served as a law clerk to Judge Brett Kavanaugh before he was confirmed to the U.S. Supreme Court. She earned degrees from Yale Law School, Boston College, Georgetown University and the Katholieke Universiteit Leuven in Belgium.

At the Thomas More Society, Pitlyk worked on cases involving the custody of a human embryo and the unconstitutional St. Louis ordinance that declared the city to be an “abortion sanctuary.” She also was involved in the defense of David Daleiden and the Center for Medical Progress, which uncovered Planned Parenthood’s allegedly illegal sales of aborted baby body parts.

“Why are liberal atheist proaborts considered fine for the Federal bench but a #prolife person is ‘controversial?’” Cheryl Sullenger, vice president of Operation Rescue, wrote on Twitter in reaction to reports about Pitlyk earlier this summer. “[The mainstream media’s] biased agenda is showing!”

Criticized by pro-abortion Democrats during committee hearings, Pitlyk assured lawmakers that she would be a fair and impartial judge.

“How can you ensure that a litigant in your courtroom seeking to vindicate her right to an abortion could trust your impartiality given your zealous and passionate advocacy?” questioned U.S. Sen. Richard Blumenthal, a Connecticut Democrat, during a committee hearing about her nomination.

Pitlyk responded, “I think I stand in a long line of other people who have sat at this table who have had histories in advocacy or in issue-related advocacy or in politics and who have become very distinguished jurists.”

Republican U.S. Sen. Susan Collins, of Maine, bucked her party and voted against her confirmation.