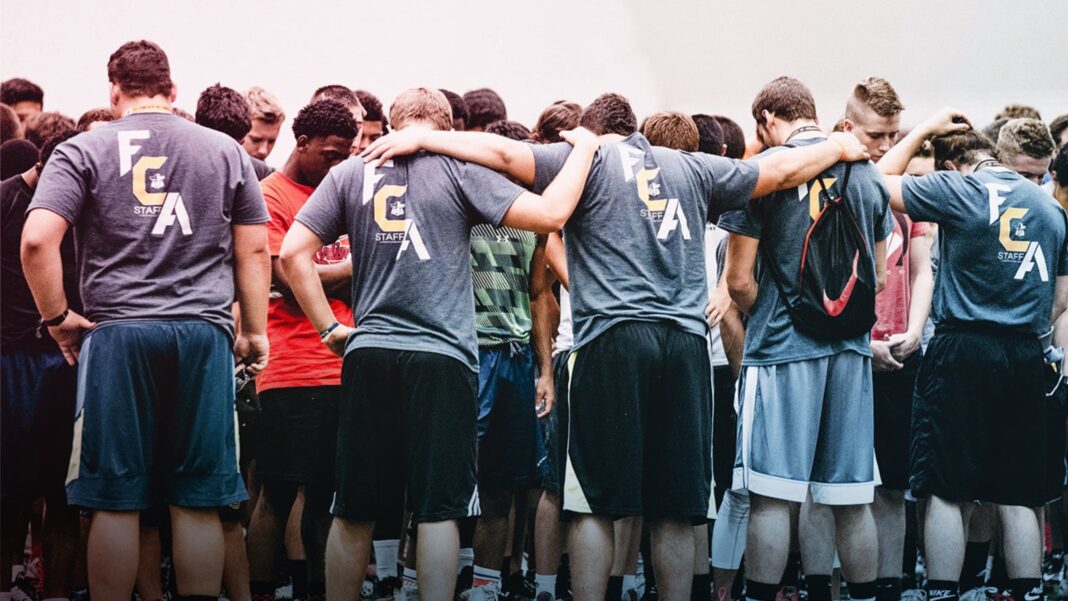 More than a year after it derecognized a Christian student group for murky reasons, a Montana high school has reinstated its Fellowship of Christian Athletes “huddle” as a non-curricular club.

Policy revisions by Bozeman Public Schools also ensure the club has equal access to resources and the capability to recruit new members, according to this week’s announcement by the Alliance Defending Freedom, which is representing the club.

In an interview with The College Fix, an alliance lawyer didn’t explain in detail why its negotiations with the school district took so long. It threatened legal action a year ago if the school district didn’t give the huddle the same rights and privileges as every other school club by Dec. 18, 2019.

“We were able to enter negotiations with the school soon after sending the letter last December,” senior counsel Tyson Langhofer,  director of its Center for Academic Freedom, wrote in an email.

“The process involved in crafting and implementing new policy takes time,” he continued: “And with the onset of the COVID-19 pandemic, it was slightly delayed.”

The alliance did not make the club available for an interview, and The Fix could not find a way to contact the club directly. But FCA’s Montana director, Bob Veroulis, told the Bozeman Daily Chronicle that the organization canceled its planned lawsuit when the pandemic struck.

Marilyn King, deputy superintendent of instruction, didn’t mention any legal pressure that prompted the district to revise its policies, or any role played by the alliance.

“Over the past several months, Bozeman Public Schools engaged in a comprehensive review of policies governing student curricular clubs and non-curricular groups,” she told The Fix in an email.

The inclusion of the policy revisions meant that no litigation ensued, so the dispute was not resolved with a legal agreement. Langhofer said he didn’t have legal documentation for the club’s reinstatement, but pointed The Fix to Montana FCA’s page for Bozeman High School’s huddle.

Before the club was stripped of recognition on Nov. 21, 2019, the FCA had maintained the huddle at Bozeman High for five years. The high school’s exact reasoning is still not clear.

But a week before derecognition, Superintendent Bob Connors told NBC Montana that the national FCA violated the district’s inclusion policy because of its orthodox Christian beliefs on sexuality. Veroulis, the Montana FCA director, said the organization’s disputed rules only applied to “adult leaders,” not students.

The club was given the choice to either disaffiliate with FCA or lose its recognition. Last year the alliance told The Fix the school district claimed that recognizing the club – treating it the same as other student clubs – “represents endorsement and support of the group” in violation of the state constitution.

The alliance sent the school a legal warning letter alleging the derecognition violated the First Amendment and the federal Equal Access Act. The club lost recognition benefits including the right to host meetings during off-school hours and the ability to use school-sponsored green stickers on its club flyers.

Instead, the huddle would have to use a yellow sticker on its flyers, indicating its status as an off-campus, non-sponsored club.

According to the warning letter, the high school violated federal law by denying the club the “educational opportunities” of meeting together on the basis of “the content of the speech at such meetings.” It must recognize the club and extend the same rights and privileges as the school would give to any other “non-curricular” club.

Along with the personal win for the Fellowship of Christian Athletes, the school district revised policies to prevent another similar situation from happening.

“This policy revision allows all groups, regardless of political or religious viewpoint, equal access to the school’s resources and the ability to recruit new members,” he wrote in an email.

All they wanted was ‘equal footing’

King, the deputy superintendent, told The Fix a “team of district officials worked to develop a student club and group structure that is consistent with the school district’s mission, operations, and the Equal Access Act.”

The district now has “a set of policies and procedures that establishes a process for students to join, organize, and lead curricular clubs and non-curricular groups in a manner that enhances and enriches their experience at the district’s high schools,” she said.

FCA leader Veroulis told the Chronicle he is happy with the end result and that the situation never escalated to the point of litigation. With the new distinction between curricular and non-curricular clubs,  the FCA huddle is no longer being singled out, he said.

“That’s all we were seeking for the students… It’s about the kids and their being able to have their First Amendment rights,” Veroulis said. “We just wanted to make sure there was equal footing.”

Langhofer emphasized that the district promptly agreed to fix the legal issue after the alliance alleged hypocrisy and unfairness in the school’s original decision. Bozeman High School was never under state or federal investigation for this incident.

“The school agreed to change its policies after we sent a letter pointing out the blatant viewpoint discrimination against the FCA chapter,” he said. “We are grateful that the school has done the right thing in agreeing to treat all non-curricular student organizations fairly.”

The board of trustees did not respond to a Fix request for comment. An auto-reply email read: “Thank you for your email and comments to the Bozeman School District Board of Trustees. Due to the high volume of emails we receive, we will not be able to respond to each person individually.”

“It doesn’t solve them. It creates constitutional violations by discriminating against the schools for operating according to their faith.”
Read more
Isaiah 5:20