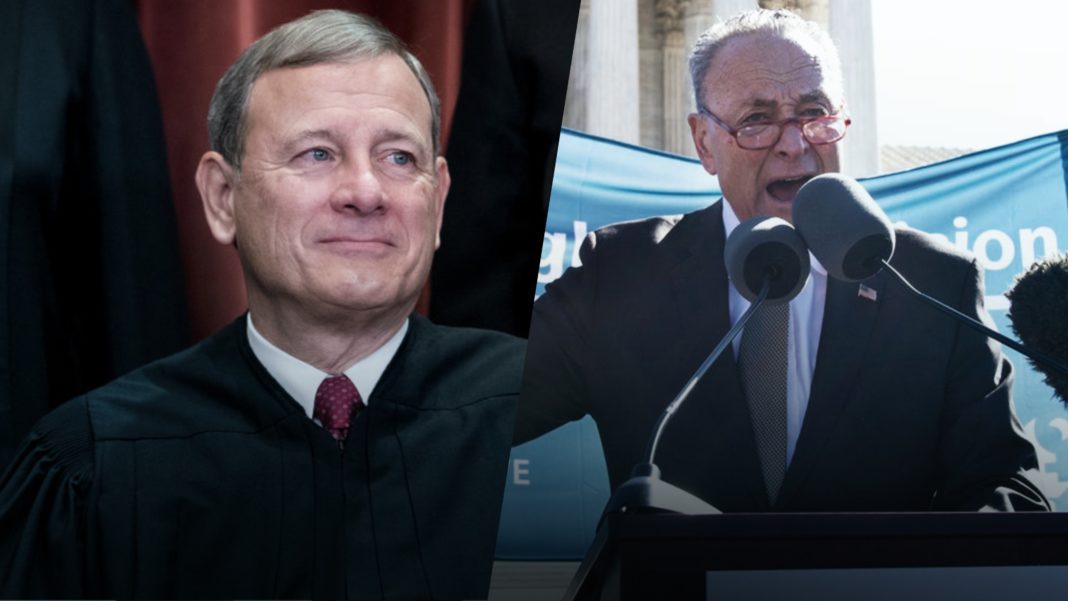 “Justices know that criticism comes with the territory, but threatening statements of this sort from the highest levels of government are not only inappropriate, they are dangerous,” John Roberts said in a rare statement. “All Members of the Court will continue to do their job, without fear or favor, from whatever quarter.”

Earlier Wednesday, Schumer warned in a speech outside the Supreme Court that Gorsuch and Kavanaugh will “pay the price” if they vote against pro-choice advocates in a major abortion case.

“Over the last three years, women’s reproductive rights have come under attack in a way we haven’t seen in modern history. From Louisiana, to Missouri, to Texas, Republican legislatures are waging a war on women, all women, and they’re taking away fundamental rights. I want to tell you, Gorsuch, I want to tell you, Kavanaugh, you have released the whirlwind and you will pay the price. You won’t know what hit you, if you go forward with these awful decisions,” the New York Democrat threatened.

Schumer made the threat as the Supreme Court heard a challenge to a Louisiana law that requires doctors who perform abortions to have hospital admitting privileges. Earlier Wednesday, Kavanaugh signaled that he is open to ruling that Louisiana’s abortion restrictions are constitutional, notes the Washington Examiner.

Schumer spokesman Justin Goodman attempted to clarify the New York Democrat’s remarks, saying he was only referring to the “political price” that Republicans will pay for confirming Gorsuch and Kavanaugh to the bench and “warning that the justices will unleash [a] major grassroots movement on the issue of reproductive rights against the decision.”

Last week, President Donald Trump argued Sotomayor and Ginsburg should recuse themselves from cases involving his administration due to their past negative moments about him. “I just don’t know how they can not recuse themselves for anything having to do with Trump or Trump-related,” he said.