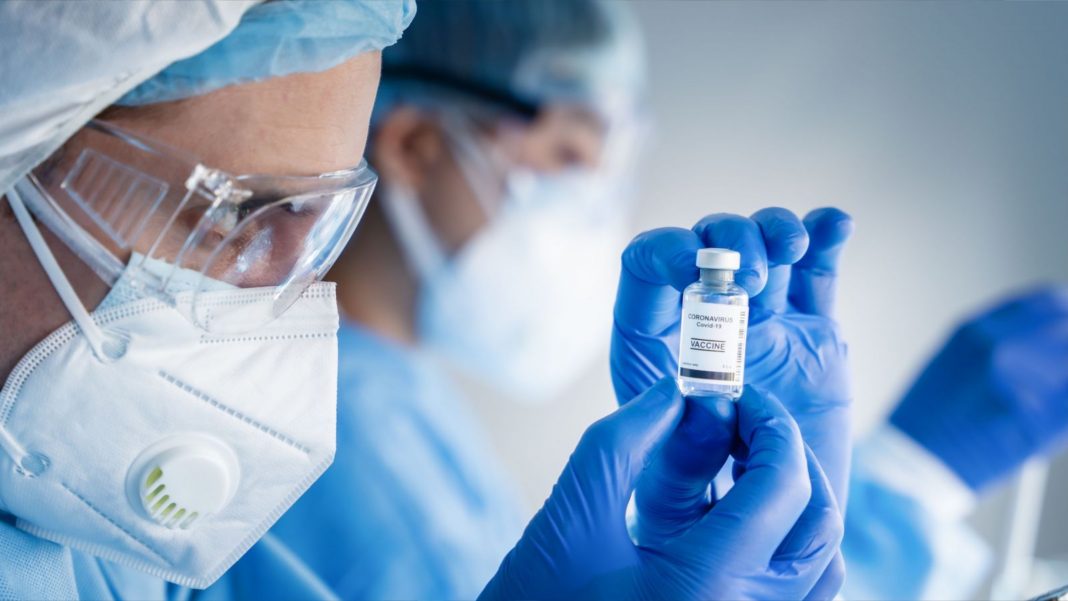 Some of us saw this coming. What is unfolding is bigger than COVID and the shots. It is about freedom and control of an abusive government-media conglomerate.

Details are emerging, but according to Liberty Council Chairman, Matt Staver, it is no longer unthinkable for government to implement checkpoints within the country or even plan isolation camps for those testing positive for Covid. Even USA Today fact checked the claim and yes, Quarantine ‘camps’ are real.

The Biden White House is weighing the idea of “mandating vaccines for interstate travel,” according to the Associated Press. In other words, they want to check your medical papers before you travel to the state next door!

Anthony Fauci has said there are “two Americas.” The media and leftist politicians are also using divisive rhetoric, weaponizing words according to whether people have received the shots or not.

How should Christians and concerned citizens respond to these reports?

Checkpoints inside America? Fines on businesses who serve the unvaccinated? The global socialists in the White House should never have the power to decide what medical procedures can be forced on people. The United Nations should have zero say on public policy in this nation.

The CDC has even released a plan to remove mild to moderate COVID-positive people and those they suspect might have COVID from their homes and “isolate” them away from family. As shocking as it sounds, the document is apparently on the CDC website.

I shared concerns back in May about ‘no shot-no service’ in an article called, “Papers please!” Of course, many people said I was being provocative or promoting just another “conspiracy theory.”

But the writing is on the wall and not only is much happening – but the rapid pace of disturbing developments has been staggering.

“If the state gives the rights, it can take them away – they’re not inalienable. If the state gives rights, they can change and manipulate them. But the Founding Fathers believes there was a Creator and that this Creator gave inalienable rights… We are losing those freedoms and we can expect to continue to lose them if this other worldview continues… in our country.”

I had the privilege Tuesday of interviewing Pastor Tim Stephens of Fairview Baptist Church in Calgary, a true leader in the church in North America. He has been arrested twice by Canadian authorities for keeping his church open during the panic-demic and for holding worship services.

He has spoken the truth about church and state issues and in a brand new article, he writes, “to make a medical treatment mandatory violates conscience, violates God’s design for people made in his image, and exposes our government as increasingly tyrannical.”

Christian churches already have a track record of folding under pressure last year, closing doors and conforming to secular government mandates, ordinances, and double standards. We failed the Covid test. One reason we have not successfully fought to maintain our freedoms is a faulty understanding of Romans 13 and we have been told our rights come from the state, not God.

Will the true church stand united to love our governing authorities by telling them they have gone beyond their mandate and are taking the place of God by seeking to bind the conscience of the people? How will the church respond to further government force, Hollywood and big tech marketing, and media manipulation?

One thing Tim Stephens said that was very profound: it’s not that the church that has become political, it’s that the government has become religious. What did he mean by that? We just want to worship our Lord Jesus freely. But the state is trying to run or at least control the church. How have we allowed it to reach this point of no return?

We have compromised with the world and secular philosophies that have defined God’s truth pertaining to creation, life, gender, marriage, family, and religious freedom.

We have allowed government to gain unprecedented power and control even though most people would admit mandatory shots are not based on science, research, or safety measures, but are political – and even abusive.

Moreover, people are not being informed that they are subjects in a massive human clinical trial. That’s illegal under both U.S. and international law. You might balk at this comparison, but the Nuremberg Code was developed in response to the human medical experiments Nazi doctors performed on Jews against their will, and says people cannot be forced to participate in a human medical experiment against their will.

But they’re doing it, anyway! We have even heard Democrat globalists and socialists openly and publicly saying things like people who refuse the shots should be:

They are wrong and our silence has not helped. We must speak up and resist this abuse. We need to be voices for people who are being forced to get the shots or be fined, fired, expelled, or court-martialed.

By the way, religious freedom and freedom to travel is a human right and should not be prevented by illegal vaccine mandates. Dr. Scott Lively points out Article 13 of the 1948 Universal Declaration of Human Rights is the foundation for all treaty-based human rights protections in international law. It states:

But this is not just about travel. Parents should have the right to make serious health decisions for their own children, not bureaucrats. But when the state is convinced children belong to government, it’s easy to see this conflict of worldviews. In keeping up with “It takes a village” to raise children, Joe Biden stated yesterday:

Most of us recognize we are facing one of the most serious threats to freedom in our history. Perhaps just as disappointing, many people have lost their ability or desire to reason and research facts. They chose sides very early on. The real data however, does not support forced shots.

The data also shows that the shots are not very effective in preventing the Delta variant, thus the reason the CDC is moving forward with a so-called “booster” in the Fall. The O’Biden administration is already promoting it.

Who will be the conscience of the nation, and the voice of truth if not for the church of Jesus Christ?

If you desire to be a witness for the Lord Jesus Christ and the gospel, you will oppose mandatory vaccines. You will oppose it because it is contrary to God’s design and boundaries he has established for human governments. We will render to Caesar what is Caesar’s, but our bodies belong to the Lord as temples of the Holy Spirit, therefore glorify God in your body. (1 Cor. 6:19-20)

Pastor Tim Stephens wrapped up his biblical response by saying followers of Christ bear witness that we have freedom because there is a higher law that holds everyone to account. And through this, he writes, we will bear witness to the supremacy of Christ, the beauty of the gospel, and the truthfulness of his word.

May God grant us unity as the body of Christ to stand for truth, love our neighbor, respectfully direct the government to its duty, and bear witness of the greatness of Christ in this cultural moment.

Thanks to God’s sovereignty and the body of Christ, this self-published book remains in best-seller categories of religious intolerance and political freedom.

Canceling Christianity: How The Left Silences Churches, Dismantles The Constitution, And Divides Our Culture