Report: US Planning New Flood of Sanctions on Iran Before January 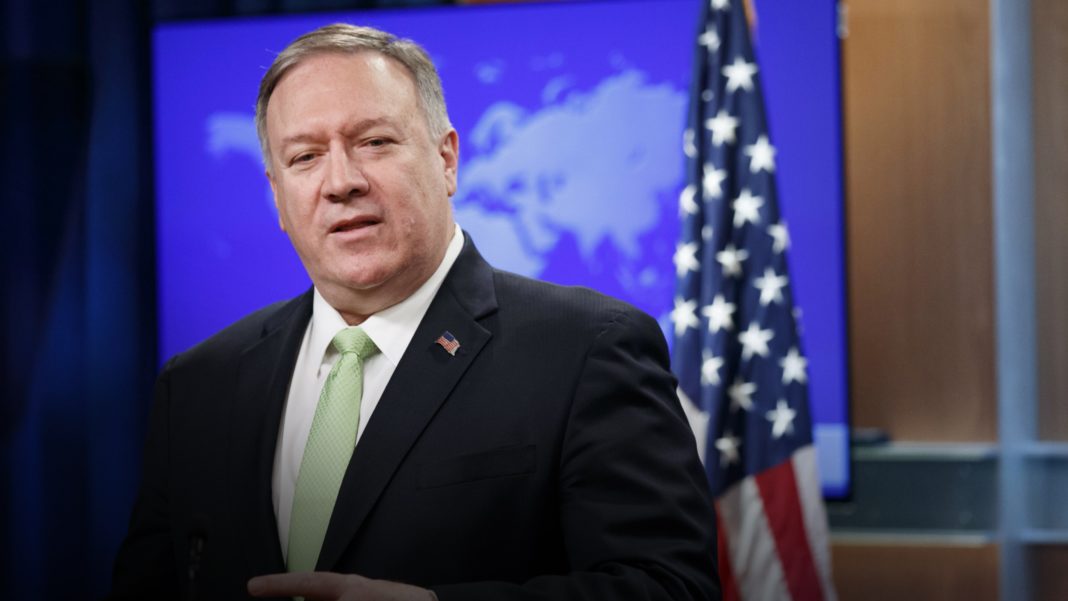 Trump officials are working with Israel to institute a series of sanctions on Iran, 10 weeks ahead of Inauguration Day, two Israeli sources briefed on the effort told Axios.

The Israeli sources told Axios the president’s administration aims to establish the “flood” of sanctions to boost pressure on Iran ahead of a [possible] transfer in power to Biden, who has previously said he wants to return the U.S. to the 2015 nuclear deal.

Officials hope these sanctions make it more difficult to return to the agreement that Trump backed out of in 2018.

The U.S. has organized a “target bank” of Iranian entities to sanction, and a source privy to a briefing from Abrams told Axios that the envoy said the administration aims to announce a new set of sanctions every week ahead of Inauguration Day.

Israeli sources told Axios that these sanctions are separate from the Iranian nuclear program and instead linked to its ballistic missile program, assistance to terror organizations and human rights violations.

Abrams also plans to travel from Israel to the United Arab Emirates and Saudi Arabia, two countries that have teamed up with the Trump officials and Israel against Iran.

A State Department spokesperson told The Hill in a statement on Monday that the administration’s sanctions have prevented Iran from getting more than $70 billion in revenue, saying it could have instead gone to support terrorism.

The spokesperson said the department will continue to move forward with sanctions against Iran for any sanctionable actions the country takes.

Secretary of State Mike Pompeo will arrive in Israel on Nov. 18, Israeli and U.S. officials told Axios, for a trip to the region aimed at escalating pressure on Iran.

Iranian President Hassan Rouhani said on Sunday that Biden should return to the 2015 agreement to “compensate for past mistakes,” The Associated Press reported.

“Now, an opportunity has come up for the next U.S. administration to compensate for past mistakes and return to the path of complying with international agreements through respect of international norms,” he said, according to state-run IRNA news agency.

Biden has said he would rejoin the deal if Iran returns to holding up its end of the deal following Tehran’s departure from the agreement rules after Trump pulled out and instituted sanctions on the country.