Pro-Life Commercial Deemed Too ‘Controversial’ By CBS, CMT and Hallmark 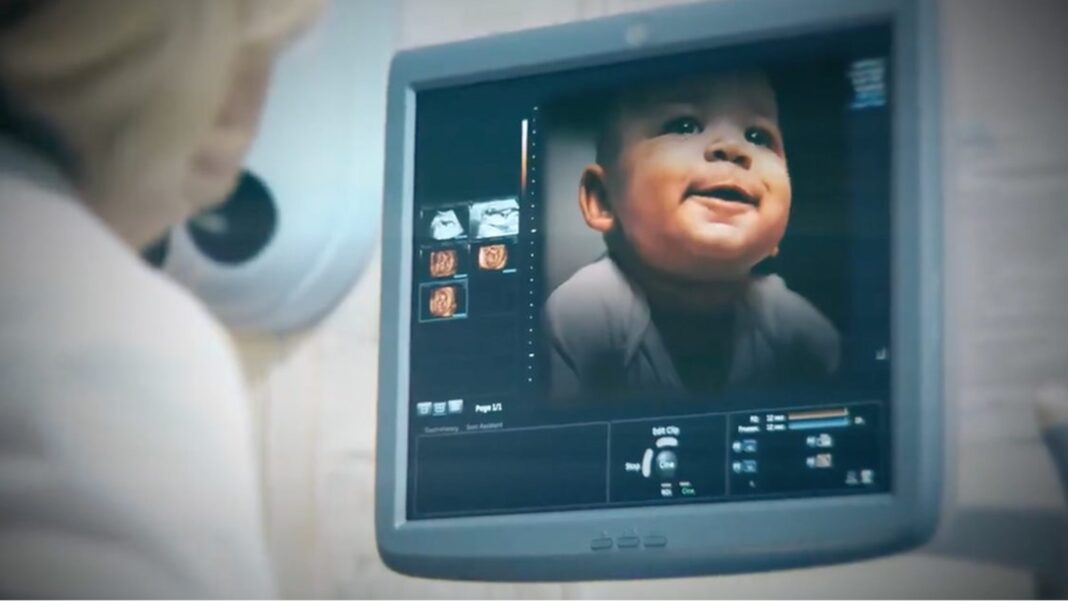 A pro-life commercial created by the Susan B. Anthony List (SBA) has been deemed too “controversial” by several television channels, including CBS, the Country Music Channel (CMT) and the Hallmark Channel, which has previously aired gay marriage ads.

The 30-second spot shares, “Five decades of medical breakthroughs. Every age group has more opportunity to live except one. The unborn still fall victim to outdated laws.” During part of the narration, SBA shows ultrasound images of preborn babies.

“Science tells us that at fifteen weeks these babies have fully formed faces. They smile. They yawn. They feel pain,” the ad continues.

“Isn’t it time the law reflects the science?”

CBS has rejected the ad, arguing that it violates their guidelines and is too “controversial.”

“Issue-oriented advertisements that are designed for the purpose of presenting views or influencing legislation on issues that are controversial by general public consensus are unacceptable,” CBS wrote in an email to the SBA List, which was reported by The Daily Wire.

CMT, a channel that some could potentially see as friendly, also denied the commercial over its “controversial” content.

In a letter to SBA, CMT wrote, “While we do accept political and issue-based ads on a case-by-case basis, issue-oriented ads that are designed for the purpose of presenting views or influencing legislation on issues that are controversial by general public consensus are unacceptable.”

The Hallmark Channel, which came under fire for airing a gay marriage ad and aired a Christmas movie featuring a gay couple, argued that the ad was essentially too negative as the channel wants its audience to always have a “positive experience,” as reported by The Daily Wire.

In a Twitter post, SBA responded, “BIG MEDIA corporations like @CBS and the @hallmarkchannel BANNED our pro-life TV ad, claiming it’s too ‘controversial.’ The right to LIFE is NOT controversial!”

The ad was made as part of a $2 million campaign in the wake of the Supreme Court’s decision to hear an abortion case out of Mississippi, which bans abortion after the 15th week of pregnancy and many think could potentially overturn or limit Roe v. Wade.

Though the ad has been denied by Hallmark, CBS and CMT, it’s scheduled to air on Bravo and Lifetime, as well as the Washington D.C. market.

SBA List President Marjorie Dannenfelser stated to Fox News in an initial article about the campaign, “The science is simple: unborn children are human beings and deserve protection.”

She added, “[A]cross the country, state lawmakers acting on the will of the people have introduced nearly 550 pro-life bills – 70 already enacted so far this year – aimed at recognizing these facts and humanizing our laws. We are eager to further educate the nation about these realities and are hopeful that the law will soon catch up to the science.”

“SBA List simply seeks to educate the majority of Americans who support common sense pro-life policies and yet, are unaware of our nation’s extremely permissive abortion laws,” the group said. “Ideologically driven abortion allies in the media want to keep the status quo.”

When it comes to abortion, the American public is profoundly misinformed and that has allowed the abortion industry to thrive. Commercials, like the one SBA created, are essential to educating the public and making sure that preborn babies have a voice.

Please pray that some of these channels rethink their positions and recognize that preborn life is not controversial.