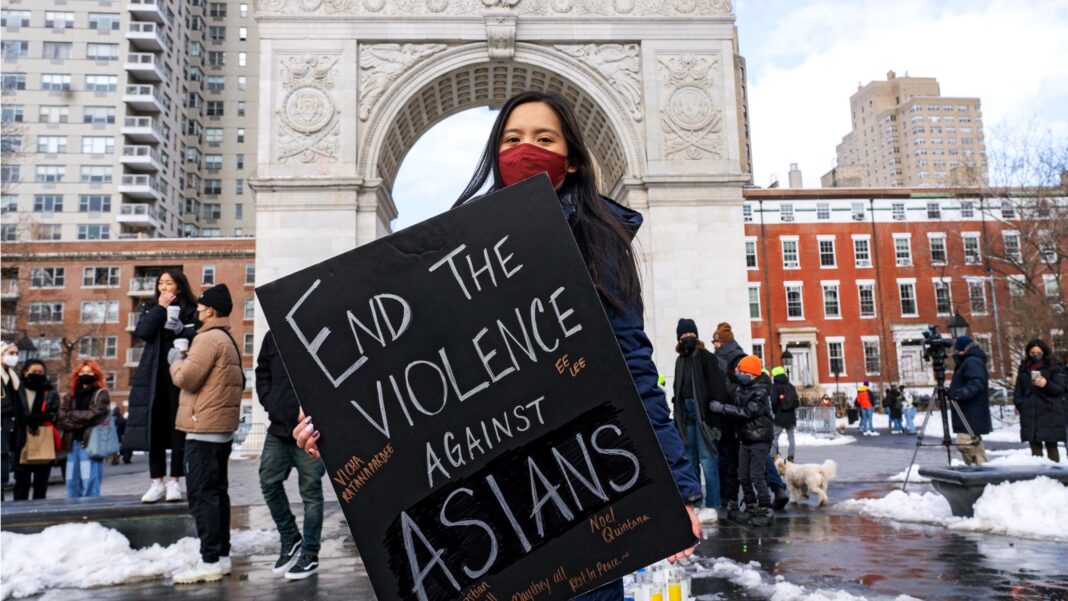 If you rely on The New York Times, the Democratic Party or CNN — they are interchangeable — for your perception of reality, you now believe America is reeling from the latest expression of white supremacy: Anti-Asian racism.

It is a lie, the purpose of which is to:

d) Reinforce — or create — the belief among Asian Americans that they are widely hated (and must therefore rely on the government and especially the Democratic Party).

e) Engender ethnic identity among Asian Americans, most of whom have heretofore essentially considered themselves Americans who happen to be of Asian descent.

Is there anti-Asian racism in America? Of course. Ethnic bigotry is a tragic part of the human condition. There is no country in which members of different races live that is bereft of ethnic or racial bigotry.

Therefore, the only question decent, wise or honest people ask is: How much?

And the answer in America is: very, very little.

But the left lacks decency, wisdom and honesty. Therefore, it offers continuous reporting about anti-Asian racism, most of which so wildly exaggerates the issue as to constitute a lie.

Let’s begin with last week’s attack in Atlanta, in which a 21-year-old white man murdered eight people in Asian massage parlors, six of them Asian-Americans.Thus far, there is not a shred of evidence that the Asian Americans were killed because they were Asian. The reason the shooter killed them, according to those who knew him before the shootings and investigators who have spoken to him since the shootings, was that he had a sex addiction, for which he had already been in rehab, and had frequented some or all of the massage establishments he targeted, which he blamed for contributing to his addiction. As of today, there is also no evidence of the killer ever having expressed any anti-Asian sentiments on social media or in private conversation.

Nevertheless, the lying media — a term that has become redundant — have portrayed the shootings from the moment they reported them as anti-Asian racism.

Typical is this report in the Los Angeles Times: “Asian Americans and their supporters gathered Saturday across California and the nation in response to this week’s shooting rampage in the Atlanta area, which claimed eight lives, including six women of Asian descent.”

The Atlanta lie is part of the greater lie that there is a national epidemic of white supremacist anti-Asian racism. On March 18, for example, The Washington Post reported: “Anti-Asian hate crimes have spiked 150 percent since the pandemic began, according to a recent study.”

The study cited by The Washington Post, The New York Times, CNN and the other left-wing media is from the Center for the Study of Hate and Extremism at California State University, San Bernardino. The 150 percent increase in anti-Asian American hate crimes is contained in its “Fact Sheet: Anti-Asian Prejudice March 2020,” according to which the number of anti-Asian American incidents rose from 49 in 2019 to 122 in 2020. So, the entire edifice of hate against Asian Americans is predicated on an alleged increase of 73 incidents.

Given that there are about 330 million Americans, and assuming a different American was responsible for each of the 122 anti-Asian incidents, that would mean that 1 in every 2,704,918 Americans committed an anti-Asian incident. And “incident” includes perceived slights.

The New York Times, the leader in mass hysterias fomented by the left — hysteria is the oxygen of the left — printed this headline last week: “Attacks on Asian-Americans in New York Stoke Fear, Anxiety and Anger.” And the subhead reads: “Hate crimes involving Asian-American victims soared in New York City last year.”

Focus on the word “soared” and you will appreciate the Times’ commitment to truth.

If one reads past the headline — which most people do not — the article gives the actual numbers: “The number of hate crimes with Asian-American victims reported to the New York Police Department jumped to 28 in 2020, from just three the previous year.”

Another New York Times article, under the headline “A Tense Lunar New Year for the Bay Area After Attacks on Asian-Americans,” opens with this:

“The videos are graphic and shocking. In January, a local television station showed footage of a young man sprinting toward, then violently shoving to the ground, a man identified as Vicha Ratanapakdee, 84, who had been out for a morning walk in the Anza Vista neighborhood of San Francisco. He later died.”

The Times piece never reveals the name or race of the perpetrator: Antoine Watson, a 19-year-old black man.

But, in what could be called “compound lying,” the Times did blame “former President Donald J. Trump, who frequently used racist language to refer to the coronavirus.”

Of course, the Times did not provide an example of Trump’s racist language with regard to the coronavirus. One must assume that blaming the Chinese government for the virus or referring to the virus as the “China virus” or “Wuhan virus” is regarded as racist, even though virtually every prior epidemic was named after its city or region of origin: the “Spanish Flu,” “Hong Kong Flu,” “Ebola Virus,” etc.

Meanwhile, the blanketing of the country with the Atlanta lie and the anti-Asian violence continues. The cover of this week’s Time features a drawing of a young Asian woman under the headline: “We Are Not Silent: Confronting America’s Legacy of Anti-Asian Violence.”

It’s all a lie in service to the left’s hatred of America.