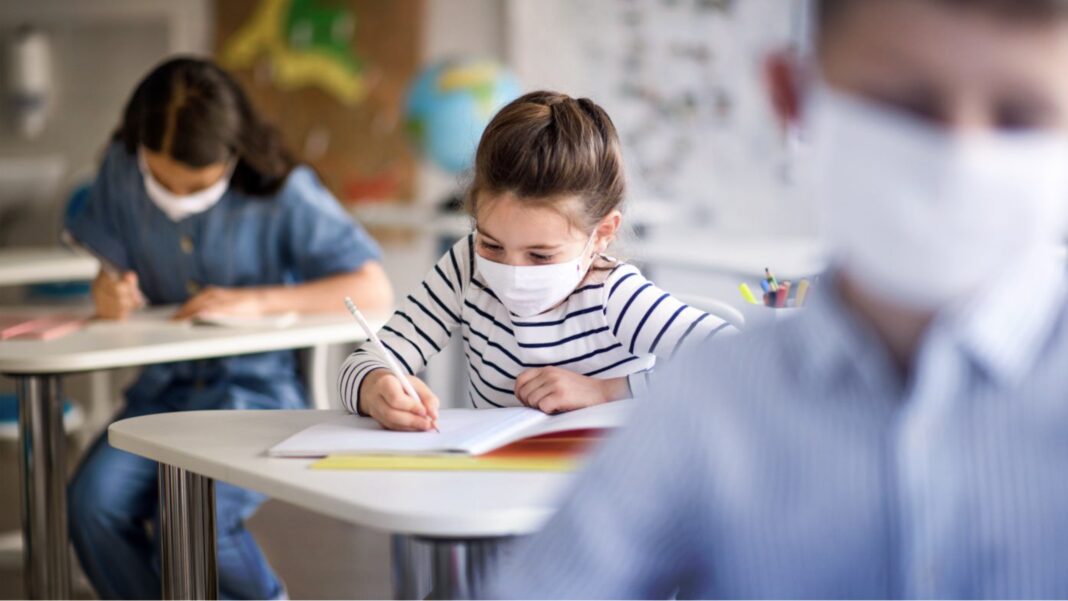 Parents are protesting and voicing dissent against mask mandates as school boards continue to require them to be worn in the classroom.

Utah’s Granite School District board attempted to abruptly end its meeting Tuesday when parents were unhappy that a state mask mandate had ended, but one for schools remained, KUTV reported.

The audience jeered as Utah state Sen. Kathleen Riebe (D) was invited to the podium to thank teachers and the board tried to end the public comment period.

“You let a senator come up here and speak in the name of my children, who you guys are abusing? Are you serious?” one parent said.

Earlier that day, parents in Seminole County, Florida protested outside the school administration building, holding signs that read, “Unmask our kids now,” “Mandates aren’t constitutional,” and “Medical freedom, no mandate,” according to Fox 35.

“Yesterday, (Gov. Ron) DeSantis (R) said the pandemic was over, we need to go back to living our normal everyday life everywhere,” parent Melissa Taylor said.

A school official said they will “wait and see based on health professionals” about repealing the mask order.

Masks were not on the agenda, so the board would not discuss the policy.

“This is not acceptable, not at all,” one attendee said.

School board president Brad Mills told the news station it is out of their hands, as it was mandated by the state.

“The rule is we have to have our kids masked in school,” Mills said. “They might make me think, ‘gee that’s a good idea,’ but it’s out of my control at this point. So for this year, that can’t happen. It’s not in my control. I couldn’t will it if I wanted to.”

Trustees of the Lexington-Richland 5 district in Columbia, South Carolina, dropped an August 2020 mask mandate Tuesday, opting to make them “discretionary,” according to the Post and Courier.

“We’re sitting here dickering about keeping babies in face coverings. It’s child abuse. No ifs, ands or buts about it,” parent Laura LaSalle told the board prior to the repeal.

“This has become political. Government overreach is done.”

But the nearby Lexington One district is keeping a mandate through the end of the school year.

“Masks absolutely have played an essential role in our return to school,” superintendent Greg Little told the paper. “We realize that people are frustrated with masking and the pandemic in general and we all want it to be over, but we’re not quite there yet.”

That district also had a meeting Tuesday night and “nearly all” of the speakers wanted the district to drop the mask requirement, to no avail.

Lexington-Richland 5 teacher Albert Jones asked the board, “Are you comfortable with even one person dying under your leadership? Masks work best when everyone wears one.”

Beginning immediately, students in Blanchester Public Schools will no longer be required to wear masks while playing outside or while riding on a school bus with the windows down, Fox 19 reports. On June 1, there will be no requirement to wear masks at all, including in the district’s buildings.

“Why not continue to follow the state and the CDC and the medical community’s clear guidance?” Ohio Education Association Scott DiMauro complained.

Board member Jeremy Kaehler said the decision came after parents expressed concerns and there was a consensus “of staff members believe wearing masks is not effective.”