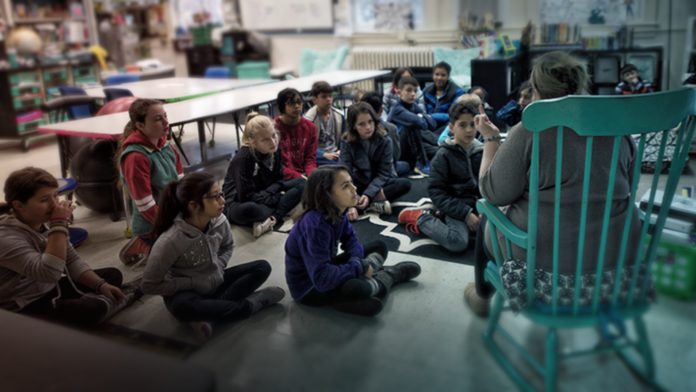 Parents in Loudoun County, Virginia, are fighting for the removal of books that promote the LGBTQ agenda as early as kindergarten and that contain increasingly explicit material in later grades.

The books, which are part of an initiative begun this school year, have been placed in classrooms but are not required reading. Still, even children in kindergarten are now exposed to books such as “My Princess Boy,” which talks about a young boy who likes to dress as a girl, and “Prince & Knight,” the story of a prince who marries a knight after being unable to find a suitable woman to marry.

Angry parents have spoken out at recent school board meetings. Natassia Grover, co-founder of a group called Parent and Child Loudoun, has repeatedly called for the school board to remove the books. At a September school board meeting, Grover cited “Weird Girl and What’s His Name,” a book placed in seventh-grade classrooms. It features a 17-year-old boy who is having a sexual relationship with his 40-something male employer.

“Students are being deliberately exposed to this stuff,” Grover told the school board, according to the Loudoun Times. “You have a duty to remove it.”

One father said at the board’s Oct. 22 meeting: “We entrust the schools to be partners with us when it comes to educating our children. … I am calling on you to be guardians of our children—my most precious possession.”

Resident Lisa Sinclair, in an email posted on the website of Reston Bible Church, said: “Loudoun County Public Schools have a responsibility to maintain neutrality towards religious beliefs, and therefore should not impose ideologies onto children such as secular humanism and Queer Theory as the ‘right’ underlying foundational beliefs for sexual morals, because this is openly hostile to many religious beliefs and cultural traditions. It puts the school in conflict with students, parents and clergy, which only serves to destroy parental and community trust in the public schools.”

Supporters of the books, including the American Civil Liberties Union, characterized calls for removing the books as “censorship.” To date, the school board has not removed the objectionable books.