Prime Minister Benjamin Netanyahu and US Vice President Mike Pence spoke Sunday about collaborating to fight the spread of the coronavirus, according to the Prime Minister’s Office

According to the PMO, the talks focused on promoting technological and scientific collaboration.

The release came amid reports that Netanyahu would be speaking to Pence about a  possible decision to place US citizens entering Israel in a 14-day quarantine, according to Israel’s Channel 13.

On Saturday night the Health Ministry said that it is holding discussions about placing travelers from the states of Washington, New York and California under quarantine.

Netanyahu is specifically holding discussions with Pence because it would have “immense effect on Israel’s economy,” the Channel 13 report said.

The Health Ministry is expected to announce a final decision regarding American travelers by end of day Sunday. 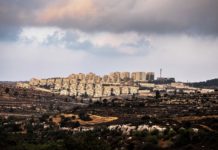 Source - July 8, 2020
Sec. of State Mike Pompeo said during an interview on Monday that the US government was considering a ban on the Chinese app TikTok over security concerns.

Jack Hibbs: In God We Trust