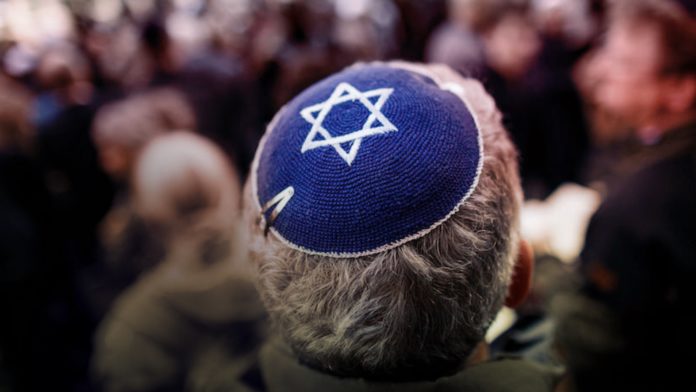 Around two-thirds of Germans feel antisemitic attitudes have increased in Germany, while more than a quarter holds some sort of antisemitic belief, according to a study.

Reinhard Schramm, chairman of the Jewish community in Erfurt, has claimed that antisemitic attitudes have been pushed from the fringes of society into the mainstream, Swedish broadcaster Sveriges Radio reports.

“My feeling is that antisemitism has spread from the outside and moved into the middle of society,” Mr Schramm said. He went on to claim that the success of the populist Alternative for Germany (AfD) was “fertilising the ground” for extremism.

The study, published in Süddeutsche Zeitung, which revealed the extent of German antisemitic attitudes was released last week by the Jewish World Congress and surveyed 1,300 Germans.

The study found that around 41 per cent of respondents said Jews talk too much about the Holocaust, while 27 per cent overall hold some sort of antisemitic views.

Two-thirds of the “elites”, however, said they would sign a petition against antisemitism and around a third said they would go as far as to march on the streets against it.

Ronald S. Lauder, president of the World Jewish Congress, said the results were a cause for concern. Mr Lauder said: “We saw what happened when ordinary people looked away or kept silent. It is time for all German society to take a stand and fight antisemitism head-on.”

On Tuesday, Hesse regional Minister-President Volker Bouffier labelled the rise in antisemitism “a shame for our country”. Mr Bouffier called on the AfD to distance itself from the right-wing of the party led by firebrand Björn Höcke, who became known for his controversial remarks on Berlin’s Holocaust memorial.

Antisemitic incidents, particularly in large cities like Berlin, have been on the rise for years with threats and attacks being reported with higher frequency.

The most deadly attack, however, occurred in early October in Halle when a far-right gunman attempted a massacre at a local synagogue armed with an arsenal of homemade guns and explosives, killing two and injuring several others.