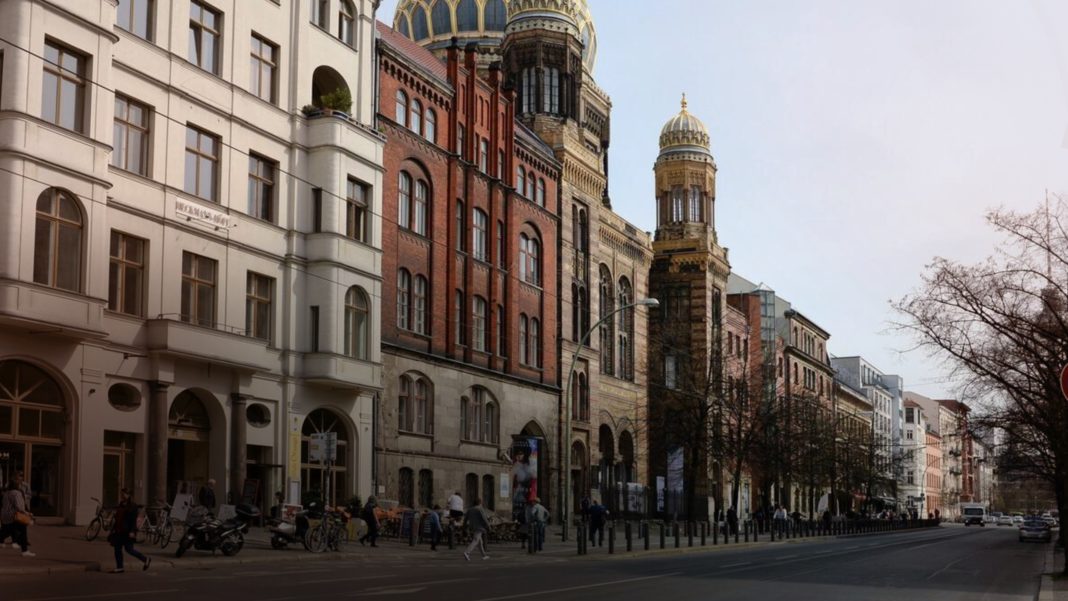 A man armed with a knife attempted to run into a synagogue in central Berlin Friday evening, German media reported Saturday.

The man, apparently a Syrian refugee, was tackled by security personnel at the entrance to the Neue Synagogue. According to the Bild website, he was heard calling out “Allahu Akbar” (“Allah is Great” in Arabic) and “F— Israel.”

German police said the man, identified as Murad M., was hit with pepper spray by guards and then subdued and disarmed.

Officials said he carried documentation identifying him as 23 years old, originating from Damascus and with a residency permit, which ends in December 2020.

The incident occurred at around 5:30 p.m. according to Bild, likely shortly before the start of Friday’s evening prayer service.

Police said the assailant had no prior record and was not known to authorities.

The investigation was ongoing, but German media said that the man was released from police custody on Saturday morning.

The incident came a day after a staffer at Paris police headquarters who adhered to “a radical vision of Islam” stabbed four colleagues to death. Sources said he had worked in a section of the police service dedicated to collecting information on jihadist radicalization.

The past year has seen two deadly shootings at US synagogues. Prayer houses in Europe are also under ongoing threat from anti-Semitic attacks and are regularly protected by local police forces.

In May the German government’s top official against anti-Semitism caused outrage when he said he wouldn’t advise Jews to wear skullcaps in parts of the country, citing “increasing social disinhibition and brutality.”

The influx of Arab refugees in Europe in recent years has also given rise to numerous instances of anti-Semitism in connection with Israel, often by people from Muslim societies.

In a 2016 survey of hundreds of German Jews who had experienced anti-Semitic incidents, 41 percent said the perpetrator was “someone with a Muslim extremist view.”