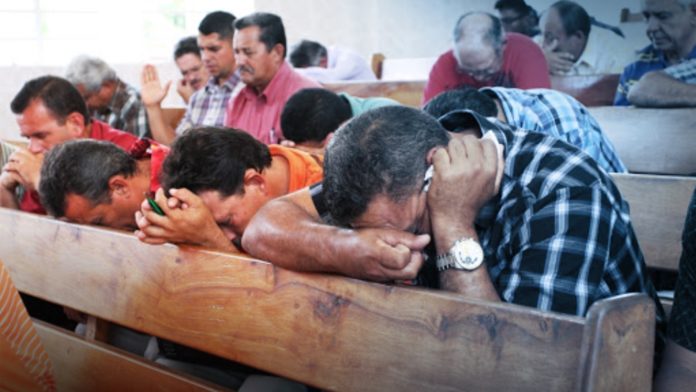 A group of armed men raided a Christian church in Punjab, Pakistan, on Saturday, desecrating a cross and demolishing a gate and a boundary wall, L’Observatoire de la Christianophobie reported Monday.

The mob of presumably Muslim men, led by a certain Malik Aun Abbas, stormed the church in Kalashah Kaku (Punjab), a town located some 30 miles from Lahore.

“Abbas and his armed men stormed into the church on Saturday morning and asked the devotees present there to vacate the land, claiming that it belongs to them,” said local Christian leader Aslam Parvez Sahotra, who is chairman of the organization Massiha Milat, which safeguards the rights of Christians.

“They demolished the main gate and the boundary wall of the church. The cross was also desecrated,” Sahotra said, adding that Abbas claimed to have bought the land so Christians cannot live there or have a church on it.

Christians constitute just 2 percent of the population of the Islamic Republic of Pakistan and have often been victims of the country’s harsh blasphemy laws.

In its recently released 2020 report, the U.S. Commission on International Religious Freedom revealed that nearly 80 individuals remain imprisoned in Pakistan for blasphemy, with at least half facing a life sentence or death.

In 2019, “religious freedom conditions across Pakistan continued to trend negatively,” the report stated, and the systematic enforcement of blasphemy laws and authorities’ failure to address forced conversions to Islam “severely restricted freedom of religion or belief.”

A mob “attacked a Christian community in Punjab after a mosque claimed over its loudspeaker that the community had insulted Islam,” the report noted. “In another incident, nearly 200 Christian families in Karachi were forced to flee their homes due to mob attacks after false blasphemy accusations against four Christian women.” 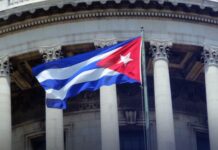 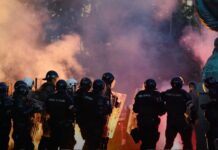