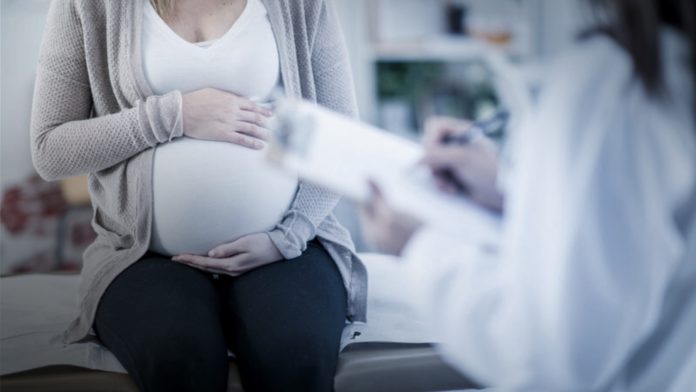 Michigan Democrat Gov. Gretchen Whitmer joined abortion activists Tuesday to introduce legislation that would legalize the killing of unborn babies for basically any reason up to birth.

The AP reports the set of bills known as the Michigan Reproductive Health Act would eliminate basically all abortion restrictions in the state, including parental consent and informed consent requirements. It also would repeal a 1931 law that bans abortions but is not enforceable under Roe v. Wade.

Whitmer’s legislation does not have much hope of passing the Republican-controlled state legislature, according to the Detroit Free Press. And polls consistently show strong voter opposition to such measures, but Whitmer said she will push for it anyway.

“It’s important that we continue to push legislation like this and use every tool at our disposal to protect a woman’s right to choose,” she said Tuesday at a news conference.

Responding to the announcement, Right to Life of Michigan President Barbara Listing said: “It’s no surprise that Governor Gretchen Whitmer wants to follow New York’s lead and allow unlimited abortion-on-demand in Michigan. We know most Michiganders do not support secret teen abortions, unregulated medical facilities, or abortions up to the point of birth.”

According to the pro-life organization, the legislation would:

Right to Life of Michigan currently is collecting signatures on a petition to ban brutal dismemberment abortions that tear unborn babies limb from limb while their hearts are still beating. The state legislature passed the ban earlier this year, but Whitmer threatened to veto it. If the organization collects enough signatures, the law could go into effect without Whitmer’s support.

At the end of September, the pro-life organization said it had collected more than half of the 400,000 signatures needed on the petition. They have until Dec. 23 to reach the goal. More information about the petition is available at MichiganValuesLife.org.

During the new conference Tuesday, Whitmer slammed the pro-life organization for its life-saving work.

“They’ve already passed a bill to ban a safe procedure that has saved women’s lives,” the governor said. “And as they know, I’m going to veto those bills if they ever have the backbone to send them to my desk.”

Listing said there is nothing safe about abortion when an unborn baby’s “arms and legs are torn off by forceps, and her body and skull crushed.” She also pointed out that the dismemberment abortion ban includes an exception if the mother’s life is at risk.

“[Whitmer’s] rhetoric is as empty as her compassion for viable children who can survive outside the womb,” Listing said. “Most Americans do not support late-term abortions, and it’s time for Governor Whitmer to respect that Michigan values life.”

The legislation would follow the lead of New York, Illinois, Vermont and Rhode Island, which passed radical pro-abortion laws earlier this year. Massachusetts is considering similar legislation this fall.

Though Democratic leaders are embracing an increasingly extreme position on abortion, most Americans are not. A recent Gallup poll found that 60 percent of Americans want abortion legal “only in a few circumstances” (39 percent) or “illegal in all circumstances” (21 percent).

Proverbs 6:16-19 KJV – “These six things doth the Lord hate: yea, seven are an abomination unto him: A proud look, a lying tongue, and hands that shed innocent blood, An heart that deviseth wicked imaginations, feet that be swift in running to mischief, A false witness that speaketh lies, and he that soweth discord among brethren.”